Call it activism in 140 characters. For some, tweeting into the internet void may seem ultimately fruitless—but when the account belongs to the former global CISO at the largest broadcasting company in the world, people listen.

“Ridiculous – couldn’t find us??? – #HereWeAre #Ciso #WomeninCyber. I would have been available – #globalCISO”

That’s what former Comcast Global CISO Myrna Soto tweeted when RSA Conference, which produces well-attended IT security conferences, announced its lineup of keynote speakers for 2018; nineteen of the twenty presenters are men. It’s hardly the first time Soto has raised the issue on social media. In fact, the influential leader and veteran security expert led Comcast’s Hispanic employee resource group and actively seeks opportunities to mentor and support women and ethnic minorities in her industry.

Earlier this year, Soto took the opportunity to parlay her C-suite experience and incredible track record as a chief information security officer to a new career track in venture capital. Soto joined Trident Capital CyberSecurity in April as a partner in the firm, which invests exclusively in cybersecurity companies. Joining the male-dominated venture capital world once again puts Soto in a position to forge a path for others and set an example as one of the few women working as a venture capital partner in the industry.

According to a 2017 Crunchbase study, only 8.5 percent of the investing partners at the top one hundred venture capital firms are women; that’s 64 women versus 688 men. The effect of having few women in VC partner positions trickles down to the ways that startups are funded. Fortune reports that in 2017, only about 2 percent ($1.9 billion out of $85 billion) of all venture capital dollars went to female-founded companies. In her new position, Soto is poised to make a major impact on those skewed stats.

It’s an impressive track record of accomplishments—and one that most men would have traversed without the unnecessary obstacles placed on their paths. Soto is out to clear the way for those who come after her, and she’s the right woman for the job. She’s lively, confident, and outspoken. Her previous position at Comcast gave her message considerable weight in the industry, and she plans to continue to wield this influence to promote equality in her new venture capital role, through any means necessary—especially in the responsive realm of social media.

In 2017, Soto used that power when she fired off a tweet about lack of diversity in the male-dominated tech conference space, and some in the industry took notice. Her critical tweet regarding lack of diversity at the annual Consumer Electronics Show (CES) caught the attention of Twitter’s chief marketing officer, Leslie Berland. CES is a major tech event that draws nearly 200,000 people each year, yet its lineup of six keynote speakers only included men. In response to learning this, Berland created the #HereWeAre movement and invited women to speak at her own event during CES. The panel included GE marketing head Linda Boff, Black Girls Code leader Kimberly Brant, and Soto, who shared an inspirational message from her own journey and gave career advice to those in the full-capacity crowd.

Soto also considered these issues in the day-to-day aspects of her role at Comcast, in which she led all aspects of cybersecurity, network/infrastructure security, data security, and risk management for all global products and services. “I saw the lack of diversity every day when I implemented a very significant budget for one of the world’s top companies,” she says of her time at Comcast. “It’s painfully obvious that most providers don’t have women in leadership, and they aren’t founded by minorities.” When possible, she redirected dollars to vendors and providers that include women and ethnic minorities. She also began helping venture capital firms identify startups with female and diverse founders, which is what led to her new position at Trident. 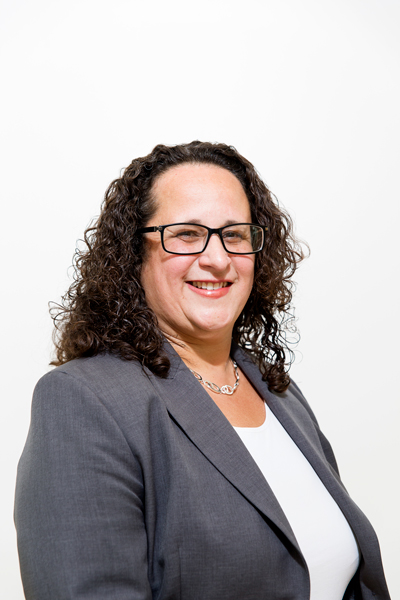 One of the technologies Soto is most excited about exploring from a venture capital perspective is blockchain. As she focuses her investing solely on cybersecurity companies with an emphasis on innovation, Soto looks forward to leading the way on how blockchain technology will become imperative to cybersecurity best practices in the near future.

“I’m excited about the innovations blockchain technologies potentially represent, as it essentially allows for information to be stored and exchanged without any central authority,” Soto explains. “In theory, the egalitarian arrangement also makes it harder for data to be altered or hacked. Applicability ranges from financial services, which is already further along in exploring applicability, to the management of IoT devices to supply chain management.”

“I believe with the right innovations blockchain could also serve as a key pillar to understanding threat intelligence from multiple sources, manage digital identities, and aid in forensic investigative capabilities of high volume transactional platforms,” she continues. “These functions aren’t going to happen right away, but blockchain opens the door to a new way of approaching security that I believe many entrepreneurs will invent and innovate around.”

Blockchain isn’t the only new and emerging technology that keeps Soto busy. She’s also working to stay ahead of the ever-growing “internet of everything.”

“Connectivity is coming at us, our business users, and our private customers at a breakneck pace. At Comcast, my team built a world-class security platform and reinvented delivery methods of our products and services, but we also have to provide products and services so users can manage the security of connected devices in their homes,” she says. While Comcast is obligated to secure data connections to homes and businesses, users are responsible for interior security measures. Comcast, like many other internet providers, service partners, and consumer product device manufacturers, is pivoting to capture additional revenue streams by building the next generation of secure smart home and home automation products and services. That will mean partnering with a lot of new players—and Soto intends to support women-owned and minority-owned businesses in this space as well as spearhead investments in her new role.

In the coming years, Soto expects to see more adaptation and integration of robotics and artificial intelligence. As many companies further develop and apply these capabilities, she’s thinking about the overall impact advancing technology makes on society.  “It’s good to be disruptive, but we have to help the world and not impede communities,” she says. “We have to be in the right time and place and adopt these measure with the right social consciousness.”

Soto sees opportunities for the tech industry to democratize access to technology; at Comcast, she supported the company’s program Internet Essentials, which brings free WiFi access and other connections to low-income communities. To date, the program has brought high-speed internet to more than four million people and one million households.

“If you don’t have connectivity today, your advancement is slower,” she says. The program fits with Soto’s passion for diversity in the industry and inclusion in the STEM fields—young girls need connectivity now more than ever before. There’s a good chance that somewhere across America, an elementary school girl now has an internet connection for the first time. That may lead to an interest in STEM. Then it will take her to AP classes and a computer science club. From there, she’s on to a university scholarships, a job at an innovative startup, and a leadership role in an influential tech company. Soto knows that the story is possible. “Girls can do this. We still have some progress to make,” she says, “but the future is bright.”

Soto also sees the need for more women in venture capital in order to support upcoming entrepreneurs, to stimulate innovation, and to calibrate equality in this space. “We have made many strides to move the needle in certain technology fields; we’ve made an impact where we are seeing more and more women in CISO and other leadership roles in cybersecurity,” she say. “But we still need more progression. I believe that we can make a huge impact where venture capital can support women inventors, founders, and entrepreneurs to maintain the sea change.”

Soto believes her introduction as a formative leader in venture capital, along with her passion for diversity, will produce a wave of influence that can’t be ignored.

“In the next ten years, I hope to see more and more minority- and female-founded backed startups, particularly in cybersecurity and overall in technology solution providers. I also would love to see more female venture capital leaders, as the access to capital is key to innovation and to the advancements of groundbreaking technologies,” Soto says. “I believe we have a way to go to even out the playing field and provide a more inclusive and inviting ecosystem. I’m thrilled to be joining a venture capital firm that has already started making strides in this area and I hope to assist in accomplishing and expanding these goals.”