While coaches pore over game tape and players put in time on the practice court, Matt Kobe contributes to the excitement a few floors away from the basketball action in the United Center. Rather than throwing down a high-flying slam dunk or shooting a T-shirt cannon, Kobe is figuring out how to use fan insights to help improve the experience of Chicago Bulls fans.

The vice president of business strategy and analytics for Chicago’s NBA team is empowering the entire organization to use insights into fans’ motivations and experiences. Kobe leads his team to pair advanced analytics, cutting-edge technology, and innovative approaches into a cohesive focus with dual results. By better capturing, analyzing, and sharing demographic data and the various reasons that fans come to the United Center, Kobe and his team are empowering the Bulls to succeed and offer an even better experience to every fan.

“We’re trying to get to the why for each of our fans,” Kobe explains. “We believe that understanding why a person engages with the Bulls, combined with other details about them, will allow us to customize their individual experience and enhance the fan experience overall.”

Kobe and his team have analyzed vast amounts of data that come with running a professional sports organization and broken it down into traditional segments: age, gender, income, location, and the like. However, the Bulls have additionally embraced motivational segmentation.

The subject has been a topic of interest in the data world for some time, but can be a challenge to fully implement. Thanks to team members’ history in behavioral economics and inspiration drawn from the way other brands were deploying more holistic insights to improve the customer experience, Kobe has helped lead the Bulls to take more direct inspiration from fans’ interactions with the team. “Organizations have talked about the 360-degree view of the fan for many years, but they were missing things such as digital interactions and content consumption—the things related to needs, motivations, and satisfactions,” Kobe says. 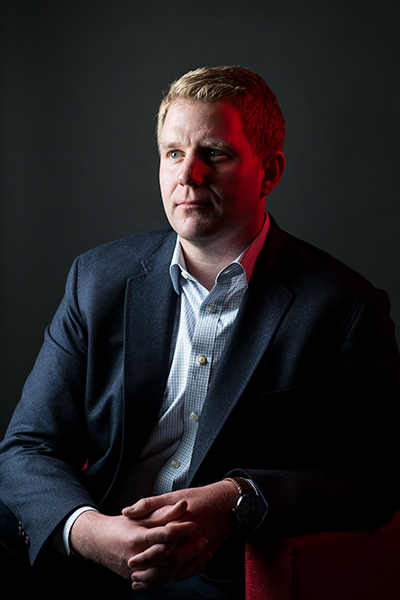 By way of example, he hypothesizes two season ticket holders that by traditional segmentation might seem identical. They could both be about forty years old, have two kids, and have two seats in the 100-level of the stadium. However, one of those season ticket holders might be using those tickets as a way to impress potential business clients, while the other might take his daughter to every game because they share a passion for the Bulls. If the organization knows about these differing motivations, then it can better target marketing to each and help personalize fans’ experiences to make them as powerful as possible.

“We knew who they were and what they bought, but we didn’t know why,” Kobe explains. One of his team members spearheaded academic research on motivational segmentation as a first step. The team is building a strategy focused on four motivational segments separated by the reason that individuals buy tickets. If they know an individual is an avid supporter of the Bulls rather than someone going to a game for social reasons, then they might expect them to be more volatile in their spending based on the team’s success. At the same time, if they learn someone has bought tickets to see their favorite Bulls player, then they can use that player’s likeness in targeted email marketing.

“If our client services representative knows that a season ticket holder is motivated by social experiences, then they might set up a photo on the court. If the ticket holder is a diehard basketball fan, then they might set up a chalk talk with someone from the team,” Kobe explains. “We can start to cater the experiences to the individual. They feel that the Bulls know who they are and we are adding value to their experience. That makes our investments much more efficient because everything we do give is something people really want.”

It can be relatively easy to collect information such as fans’ names and ages, but gathering their personal motivation—let alone understanding it—can be a major challenge. There is a known population and an unknown population, and over time Kobe’s team works to convert more unknowns into knowns, he says. One benefit is that he and his team have a relatively small population size: season ticket holders, single-game buyers, and people transacting with the Bulls in other ways. Pairing with technology has been a major part of moving more of those unknowns into the known bucket.

But to accomplish this, Kobe and his team needed to establish a foundation that allowed them to efficiently capture data. That baseline included Kobe identifying the precise vendors needed for email marketing programs, a data warehouse, and a strong CRM tool. From there, they needed the right tools to ultimately use that data. To that end, the team needs to both know the motivations of the known population and then be able to get in touch with them with plans based on those desires. Difficulties arise when, for example, a person might buy tickets under their business’ name, sign up for season tickets under a personal email, and  register for the team newsletter under a maiden name. But the Bulls are working to consolidate records and get a complete picture of each fan.

“If someone buys a ticket from Ticketmaster and sells that ticket on the secondary market, we lose sight of that transaction,” Kobe says. “But we’re trying to approach that challenge from the other side. How do we get the people actually in the arena to volunteer their information?”

One way in which they’ve made it worth fans’ while is by offering perks. Fans that download the team app can easily upgrade their seats on game nights or play an active role in determining the outcome of in-game activations. Kobe and his team want fans to see that sharing information will result in better content, rewards, and a fun, gamified experience. And on the Bulls’ side, the team will know exactly who is in the building, even if they don’t know who originally bought the ticket.

“Coming into the role, I defined success for the team president as having strong relationships with people across all functions,” says Kobe, who prior to joining the Bulls worked as a consultant. “We have all these new touchpoints that let fans know the Bulls are thinking about them. People are also coming to us before they start a project to ask what information they should capture. Together, we’re building out these holistic personas that help us understand our fans, their motivations, and what we can do to more successfully provide them with the best experience.”

Matt Kobe’s illustrious athletic career ended abruptly in the 8th grade. “My athletic ability was not fit for varsity sports,” he says with a laugh. “Well, except for golf.”

But that didn’t mean that his interest in the sports world waned. The Cleveland native followed local teams religiously and played any game he could get involved in. He also knew he wanted to be involved in sports for his career, but didn’t know exactly how that would happen.

After spending time as a consultant, Kobe’s first foray into the sports world came when he contributed to Chicago’s bid for the 2016 Olympics. “I was able to fuse my interests in sports, business, and civics,” he says. When an opening for the Chicago Bulls appeared, he was excited, but it was the team president’s interest in analytics that solidified his interest in the organization.

“Across the horizon, some organizations had analytics groups that were aligned functionally, such as ticket sales. But our president positioned analytics as a big priority across the whole organization,” Kobe says. “I saw that as an amazing opportunity to put a stamp on strategy and analytics for the Bulls—and get into the sports world. I couldn’t pass that up.”

The Future of Data

Data and analytics are a growing priority throughout the business world, and that’s particularly true in the professional sports world. According to Chicago Bulls vice president of business strategy and analytics Matt Kobe, that’s only going to grow more over time as the field further diversifies and grows more complex. Kobe and the Bulls are interested in three specific developments in the field as it evolves in the near future.

“Altered reality and virtual reality can affect the fan experience. For example, imagine if a fan could hold their phone up to one of the championship trophies and immediately access all of the amazing plays from that season. It creates opportunities for fans to interact with historical elements in new and different ways.”

“Blockchain has the potential to completely revolutionize the fan experience while also giving power back to the teams and venues. The technology can help teams get a better handle on the journey of a single ticket while also making the transfer and resale of a ticket more seamless for fans.”

“We’re going to see a greater understanding and adoption of behavioral economic principles to complement analytical insights in the coming years. Tapping into human psychology and why people make certain decisions will unlock a host of new opportunities for sports and beyond.”