Throughout her career at Verizon Wireless, Erwin has grown her leadership skill set to find the right solution for any situation. In fact, her versatility and drive to offer the best possible solutions to the business and customers has made her into one of the most useful tools in Verizon’s kit. “People have often called me ‘the Velvet Hammer,’” Erwin says. “I have a very high set of expectations. I’m going to be tough, and I have a really high bar for myself. But I believe that we can achieve by delivering the right environment, the right tools, and the right resources.”

Learning Compassion at an Early Age

Erwin began developing her work ethic at just eight years old. At that age, she began picking fruits and vegetables at the farms near her home in Sedro-Woolley, Washington. Earning some pocket money was the immediate reward. But years later, Erwin looks back at those experiences as instilling her with the value of hard work. Her work ethic only increased as she grew old enough to help her father, the community physician.

Erwin would spend her days off from school doing just about everything in the office besides practicing medicine. Her father did, however, call her to action in emergency situations. “I remember distinctly an emergency coming in where a guy had cut his leg very badly with a chainsaw,” she says. “Everybody jumped in to be part of what needs to be done to care for that patient. I really learned a sense of incredible kindness and compassion.” Erwin learned an equal dose of kindness and care going through her father’s bookkeeping and seeing the bills marked “no charge.”

“I remember many times my father saying to patients, ‘Oh there’s no charge today,’” Erwin says. “That was just the way he treated people.”

The Move to Technology

Her father’s practice changed in a big way when Erwin installed its first computer system. Although she didn’t wind up working in IT immediately after installing those computers, she saw the changes that technology would make in his work and developed the impulse to jump in when seeing something that needs to be done—whether it’s in her job description or not. “If there’s a problem, you own it,” she says. “To this day, when I go out and visit retail stores, if there’s trash in the parking lot, I’m the first one to pick it up.”

When it came time to take on a career of her own, Erwin first thought she’d go into medicine herself. But she quickly learned that she couldn’t disconnect from the very emotional and frequently difficult experiences that patients face. While that might have been a potential weakness in medicine, it’s been essential throughout her career in telecommunications. “I don’t actually disconnect today,” Erwin says. “In customer service, you’re emotionally connected and emotionally invested.”

Thirty years after taking a customer service rep job in the wireless industry, Erwin has reached a prominent role. She credits that to her ability to connect with people and her tireless work ethic.

A marketing coordinator job in Milpitas, California, for Komag led quickly to other roles in the wireless industry. Erwin started at Verizon in 1987, when the company was still in its infancy. Luckily, this suited her willingness to take on any new challenge. In a sense, Erwin returned to the lessons she learned from her father. “I was thinking, ‘Okay, let me do everything that I can to make this business successful and forget what my job description is,’” she says.

Erwin’s passion for people proved just as important. She makes sure to lead with respect, whether working with a janitor or the CEO. Now, as Verizon Wireless’s executive vice president, wireless operations, Erwin has further developed her passion for the customer service relationship. She continues to interact with customers. She reads and responds to every email she receives and stops to speak with people when she visits stores. 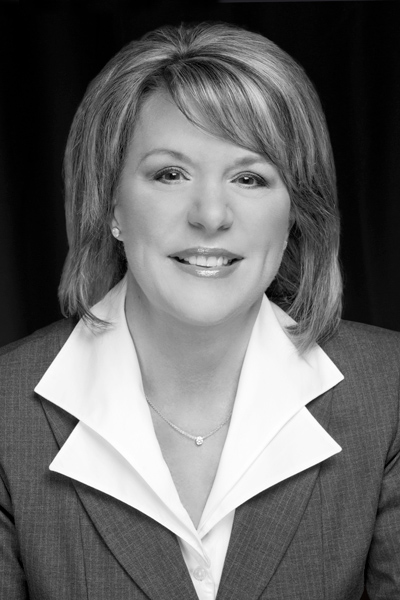 “More often than not, customers love the opportunity to highlight the person that’s working with them,” she says. “There’s no harder job in the company and there’s no more important job in the company than the job we ask of our frontline employees.” Having started her career in one of those roles, Erwin has a unique respect and appreciation of the job they do.

Because she’s walked a mile in the shoes of a customer, a customer service representative, and a Verizon executive, Erwin has been able to get things done while maintaining powerful relationships with employees in every role.

“Having a clear understanding of what motivates and engages people enables leaders to customize and manage it accordingly,” Erwin says. “I have learned the importance of humanity and showing human kindness over the years. When you share clearly what the mission and the goals of the business are and then ask people to come on the journey with you, you’re much more likely to get them there.” Not every problem calls for a hammer, but it’s clear that the Velvet Hammer is a key tool for Verizon.

The Human Touch That Makes All the Difference

Tami Erwin’s dedication to Verizon’s customers results in some powerful relationships. Each year, she will visit many of the wireless leader’s stores, speaking to every employee and customer.

At one Virginia store, she made a surprising connection. “I met a big, burly guy who had come in on a Harley-Davidson, and when I asked what our team was helping him with, it was just cold silence,” she recalls. But the man was far from upset by her involvement. In fact, later, he made sure to find her to let her know why he had come to the store that day. He proceeded to explain that he had two children serving overseas in the military and that he relied on the company’s wireless services to stay in touch and know they were safe. Erwin and her team were so touched that they sent his children
care packages.

“The note I got from his daughter said that she couldn’t believe it was from Verizon,” Erwin says. “She showed it to her entire squadron, and she said they were Verizon fans for life.”

Although she certainly wasn’t sending the care package in order to gain customers, Erwin stresses that it’s those little human touches that really make the difference. “If other employees see me interact with every customer with respect, compassion, and dignity, that changes the expectation of what we do at Verizon,” she says.

Accenture is a leading professional services company, providing a broad range of services and solutions in strategy, consulting, digital, technology, and operations. With more than fifty thousand people and operations in forty-one cities in the United States, Accenture serves ninety-three of the Fortune 100 and more than 70 percent of the
Fortune 500. In the United States, Accenture has innovation hubs which bring together key elements of the Accenture Innovation Architecture—including labs, studios and innovation centers—to help clients develop and deliver disruptive innovations to drive growth.