“Connection” seems to be a running theme in the career of Rizwan Jan. A security specialist, Jan began his career as a desktop support analyst connecting computers to networks and now, as the interim Chief Information Officer at the Henry M. Jackson Foundation for the Advancement of Military Medicine, he’s working to cultivate a company culture built around “connections,” both from a technological and personal perspective.

Jan started at HJF, a not-for-profit organization devoted to advancing developments in military medicine, two years ago, serving as Chief Information Security Officer before stepping into the CIO role. When he arrived, he was, in his own words, a “one-man security shop,” but has since built a “small, but mighty” team of 20, the likes of whom he works to mentor via connections with not just him, but each other. Together, he and his team have made massive waves throughout HJF, with Jan having led efforts to build the company’s sophisticated cybersecurity program from the ground up in addition to developing a Security Awareness Program and, in recent months, overhauling the entire IT department. 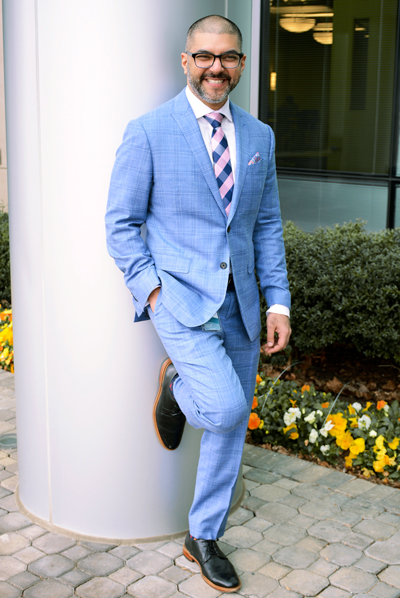 That overhaul involves the recruitment and motivation of new team members, a process that Jan cherishes. “One thing that is extremely important that I look for is hunger,” he says. “They need to be hungry to grow as individuals and hungry to deliver results.”

Jan’s characterizes his management style as having a “build and release.” He explains, “I’m not working to tear down and build back up an employee, like I’ve seen other leaders do. I believe in building a person up to discover their talents and give them confidence to drive forward.”

The release, he says, involves allowing them to flourish within individual opportunities, “whether it’s running a security program, implementing a process, or delivering industry presentations.” It’s in this “release” that Jan demonstrates his trust in the employee, a key component in what he deems as the three core values of leadership.

In addition to trust, Jan emphasizes the importance of delivering messages and expectations clearly and concisely, as well as his ability to execute in terms of the promises he’s made to his employees. These are the lessons, he says, he took away from his two mentors, one of which he still works with to this day. These mentors, he says, helped guide him in matters of career advancement, as well as questions on which certifications would best serve his career. As such, he says it’s important to “pay it forward” by doing the same for his own team.

Jan’s approach, however, encompasses more than just the mentor/mentee relationship, which he says can sometimes be one-sided. At HJF, he helped institute what he calls the Buddy Program in his department, which involves pairing a seasoned team member with someone who’s new to the industry. “The seasoned team member helps their buddy grow and learn about the organization, while the new employee can teach them new techniques that they have learned, whether it be in technology, a new app, or some other skill they bring to the workforce. This allows for constant learning and innovation on both sides.”

The Buddy Program, he adds, serves to “foster an environment of employee empowerment, motivation, and transparency.”

The word “environment” is important here, as Jan’s approach relies building a network of employees that’s as well-connected as any technological hub. “I believe in giving people direction and supporting their growth; in return, you have built a team that cares about the company and about you.”

As a security specialist, Jan’s entire business is protection. That sense of guardianship extends also to his team. “I always tell my team to make risk informed decisions and even if that decision is wrong, I will always support them. This in turn empowers people and motivates them to strive for the best. Trust and respect at all levels is the core of my leadership existence.”