“Technology is what gives us our edge,” Mike Prepelica says. “It’s a big tool in our toolbox.” As vice president of IT at Revere Electric, he’s responsible for harnessing technology to create solutions to business challenges. After twenty-one years at a ninety-eight-year-old company, Prepelica has learned first-hand what a legacy and a commitment to customers provides. But he’s also kept an eye to the future through lifelong learning and creative thinking, staying abreast of new technologies—and using them to keep ahead of the competition.

Revere is an electrical distributor, selling anything and everything that goes into the manufacturing process that deals with electrical, as well as electrical materials for buildings, including pipes, wire, switches, and high-tech software. “Distribution is a challenging business,” Prepelica says. As a distributor, the company has to account for the uncertainty inherent in selling other people’s products, as well as the costs of moving, warehousing, and shipping goods. Revere is always working to distinguish itself from other distributors, and to keep costs low. “You have to look at things carefully and leverage resources,” Prepelica says. 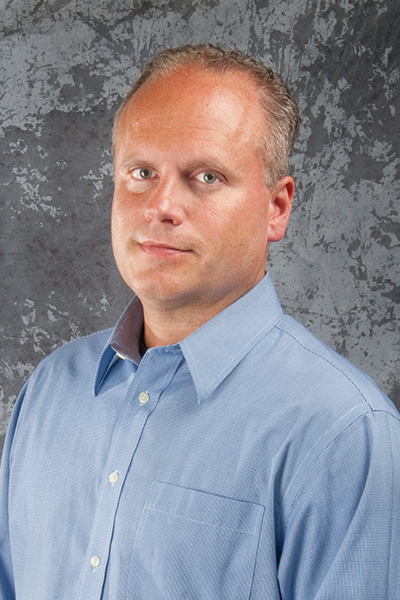 Intelligent adaptation to new technology has been essential in the push to improve efficiency and speed. The projects that Prepelica is proudest of have made Revere’s technological systems better-integrated, more streamlined, and more powerful—chief among them the installation of new enterprise resource planning (ERP) software. Prepelica was named head of a committee to select the new ERP for the company, and later handled the migration to the new system. The complex process took more than two years.

“The ERP is essentially the software that runs the entire business,” he explains. It enables Revere to purchase products and manage payments, orders, and credit. Glitches could cause major delays and headaches; but handled skillfully, the process ensured managers got what they needed from a nearly one-hundred-item wish list, and allowed them to feel they had ownership over selecting the technology that became central to their workday.

Prepelica has also taken on the tricky task of integrating the IT systems of the six companies Revere has acquired since 2002. Each arrived with its own email platform, phone system, and ERP platform. Prepelica was charged with retaining the best technology practices of each new acquisition, while merging its systems with the ones already in place at Revere. “These integrations allow you to get a lot of cost out of the system and increase effectiveness,” he says. “It allows you to create that sense of community—likely the most difficult part of any acquisition.”

Revere’s internal culture plays an important role in helping the IT department flourish. A fourth-generation family-owned company, Revere is a place where employees tend to stick around for many years; Prepelica himself has been working there for just over two decades. The company fosters an environment of trust and accountability with quick, open communication. “That’s allowed me to operate at a faster speed than some of my peers,” he says. “That allows us to work on the cutting edge.”

In addition to the knowledge gained from longevity, Prepelica describes himself as a lifelong learner and credits that mind-set with helping him stay abreast of a rapidly changing field. He’s constantly reading, listening to podcasts, visiting vendor sites, and talking to others to learn about emerging technologies and their potential applications. This allows Prepelica to stay ahead of the curve: Seven years ago, for instance, he predicted the rise of cloud technologies, and began to develop a long-term road map for the necessary transition. He has already focused on transferring commodity technology, such as email, video-conferencing, intranet, and phone systems, to the cloud, reducing the need for expensive and labor-intensive software purchases, backups, and upgrades. It also allows for a streamlined technological integration process.

Adding these functions to the cloud, Prepelica says, has freed up resources to be used elsewhere. “Rather than having to worry about the basics, I can now spend my time building up better reports or dashboards for our end-users,” he says. “I spend my time on higher-value-add activities because we’ve moved all these things to the cloud. We’re not just changing things to change them. There’s always an end goal.”

The changes that Prepelica and his team have made are based on a lifelong engagement with learning and new technology, as well as the deeply held ideals of a ninety-eight-year-old family company. But more importantly, they are based on a commitment to improving efficiency and ease of use for employees, vendors, and buyers alike.