Marc Berger began focusing on the well-being of patients around the world during the early 1990s—a period marked by the Clinton administration’s efforts to expand access to healthcare and the rise of health maintenance organizations (HMOs). Both developments brought new urgency to measuring the outcomes and costs associated with delivering care. Berger recently retired from his role at Pfizer as vice president, real world data and analytics, after spending more than two decades developing data analytics for the pharmaceutical industry. Through numerous key roles, Berger’s work has helped the industry innovate its use of care delivery data to positively impact the health of millions.

Now that he’s retired from his role at Pfizer, Marc Berger will be devoting more time to his four grandchildren and has plans to visit Antarctica and Asia. However, that doesn’t mean he’ll be giving up on innovative science. Over the years, Berger has led several task forces for the International Society for Pharmacoeconomics and Outcomes Research (ISPOR), the most recent focused on Good Practices for Real-World Data Studies of Treatment and Comparative Effectiveness. In retirement, he will continue promoting integrity in and the best uses of real-world data. He is already slated to be a part-time senior advisor for SHYFT Analytics, which delivers enterprise cloud analytics for life sciences.

During President Clinton’s healthcare initiative, Berger was part of Merck’s newly formed outcomes research and management group. “We worked primarily with information from medical claims databases,” Berger explains. “They weren’t designed for research, so there were inconsistencies and problems with coding that required specialized expertise to address. Analyses took weeks to complete and full studies typically required four to six months.”

Merck licensed the two largest commercially available claims datasets and accessed databases from the National Center for Health Statistics to create an internal datamart. This enabled Berger’s department to iteratively interrogate the data in order to refine queries of Merck clinicians and scientists. The resulting insights supported business decisions, clinical investigations, and informed the value stories of Merck products.

“Each query produced answers that led to better, more targeted questions,” Berger explains. “Most colleagues didn’t initially know what to ask, so we provided more and more findings that would prompt them to ask something truly interesting
and meaningful.”

Much of the work during this period revolved around demonstrating the economic burden of illness. Berger’s department showed that migraine headaches were costing employers approximately $13 billion annually in missed workdays and reduced productivity, and created up to $1 billion in direct medical costs. It also collaborated with the Centers for Disease Control to determine that the cost of managing and treating osteoporosis-related fractures was nearly $14 billion and growing. Over time, these findings helped dramatically change how the medical establishment and insurance companies approached both conditions.

After Merck, Berger went to Eli Lilly and Company, where he became global head of health outcomes research. He worked with epidemiologists in the drug safety group to create what he refers to as DataMart 2.0. By developing a systematic data curation process and clear governance rules, researchers across the enterprise could access the available datasets.

At the same time, widespread use of electronic health records (EHRs) was evolving as a result of the Health Information Technology for Economic and Clinical Health (HITECH) Act of 2009.

“The adoption of EHRs made much richer clinical data readily available that could be linked to medical claims,” Berger says. “It opened tremendous new vistas for outcomes research that could be completed more rapidly and efficiently.” This made it possible to create a detailed picture of how a patient’s treatment regimen changed over time.

During this period, Berger created the RWDnA group, a play on the acronym RWD&A, which stands for real-world data and analytics. He appointed Analytic Science Leads, who acted as liaisons between the department and Pfizer stakeholders, providing insights for drug discovery, development, and commercialization. 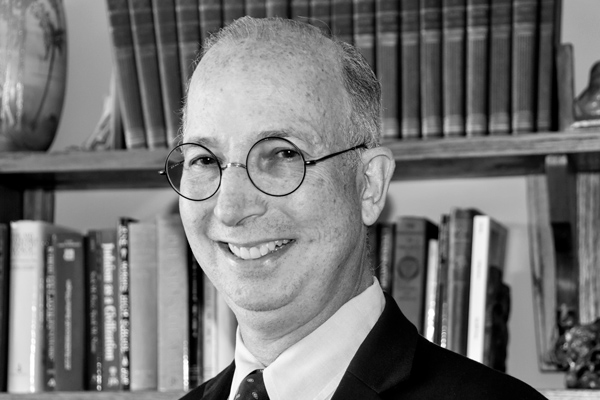 RWDnA also developed numerous use cases that provided internal training, outreach, and education by demonstrating the benefits that the department could deliver. Because long lead times had been eliminated, results could be used to inform ongoing business decisions—everything from potential investments and licensing opportunities to assessing the effectiveness of current treatments. Such data-driven insights were particularly important when little experience or literature was available to support the development of new therapies.

As a result, data use tripled in five years. “Use cases educated stakeholders on what was possible and inspired them to use data in more innovative ways,” Berger says. “We were careful not to create any sense of competition and purposely demonstrated that we were eager to make stakeholders successful. Our reward was that everyone was becoming more successful.”

Berger sees real-world data providing even more benefit to healthcare and the pharmaceutical industry in the future. Natural language processing able to mine free text in EHRs and machine learning that uncovers hidden associations in big data are just two innovations on the horizon.

“Current predictive models are fairly robust on a population basis,” Berger says. “Linking real-world data with sources like genomics, socioeconomic information, social networks, and wearable sensors holds the promise of a ‘learning healthcare system’ that can personalize treatment recommendations for each individual.”