Working at Mattress Giant early in his career, Jon Sider was a terrible salesperson; he won’t deny it. When a customer couldn’t afford a mattress at the store in which Sider worked, Sider’s first inclination was to problem solve, not sell. He offered excessive discounts just to ensure the customer could buy the mattress. “I didn’t make a lot of money,” he says.

Although Sider may not have had a killer instinct, his keen ability to solve problems and create transitions has served him and the companies he’s worked with well. Now, as chief information officer of Mattress Firm, the country’s largest specialty mattress retailer, Sider uses those skills to guide the company through a digital transformation in the wake of its rapid growth. 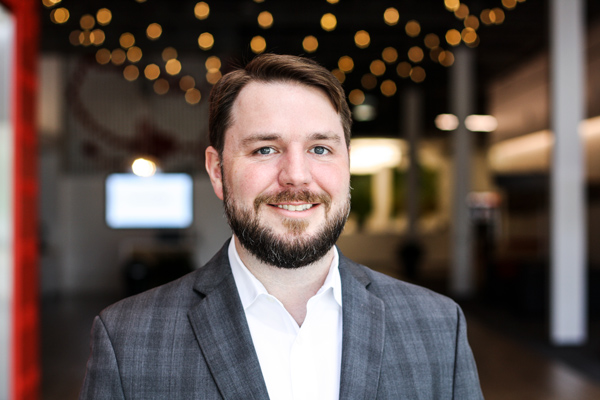 Beyond solving problems, Sider has become very comfortable with transformations. He started his career as a Microsoft-certified systems engineer, bypassing college to dive into a blossoming industry. But when the dot-com bubble burst in 2000, Sider was out of a job, with few companies wanting to hire IT workers with only three years of experience. Eventually, he found the mattress sales job. Though struggling in the sales environment, he got a lead for a sales job with Sleep Experts. It was another mattress company, but this one was a small startup, which appealed to Sider’s entrepreneurial spirit.

This time, however, Sider didn’t stay in sales for long. With his background working with Microsoft and other technology companies, he realized that he had unique skills to offer the company.

Sleep Experts CEO Chris Cook gave Sider a critical piece of advice: “You never want to have a door closed to you because you don’t have a degree.” To make himself more marketable, Sider attended college while working full-time.

Because of his experience, Sider understood the practical applications of the lessons, so classes came easy. Aware of the opportunity provided, he took the classes more seriously than younger students. While Sider enjoyed learning about history and improved his time management and writing skills, his on-the-job experience was invaluable. “There’s so much you can’t learn in a textbook,” he says.

“Within the first month, I quickly made my play to become their head of technology,” Sider says. “I sat the CEO down and pointed out a bunch of problems that he had with his network. He had no security and I basically showed him I could hack into his network from home.” Sider convinced the CEO to stop outsourcing tech support, and Sider took over the function. Not long later, real estate and operations fell under his purview. And as Sider’s responsibilities grew, so did the company. “Over the next eleven years, we grew to a sixty-store, $70-million mattress company,” he recalls.

As the CIO of the rapidly growing organization, Sider faced the challenge of creating one digital system for the recently acquired companies to learn and implement. Web and digital properties needed updating. Four of the acquired companies used different ERP and HR systems.

“I had to make a lot of decisions to figure out how to get us through this,” Sider says. “It really became about integrating and finding synergies, quickly making decisions, and figuring out what our digital road map would be.”

Integrating technologies was vital to the operations of the company, and it was also important for developing the culture and retaining employees of the new, bigger organization, Sider says.

When determining the technology to use, perfection wasn’t always the goal, Sider says. Instead, it was vital to get a system in place that employees could use immediately, whether it was a single internet server, email system, or conferencing system.

“The time we went through the most pain was when decisions were not made and we continued to operate on multiple systems,” Sider says. Systems drive the language, and when people are on different systems, they speak different languages. “This makes it very hard to move the company ahead,” he explains.

Even as Sider made the tough decision to quickly move to single ERP and HR systems, he also knew it was essential to keep improving the process. “We didn’t pick the best system for all areas, but at least it’s working and we can improve it,” he says.

As an example, employees from one of the acquired companies were switched to a new company-wide HR system, only to find out that the system didn’t meet their needs. Realizing the original system was superior, the company returned to using it. “Sometimes you have to take a step back to go forward,” he says. Despite the changes, the big picture was positive because the data was always in one place and employees could communicate within the same system.

Although Mattress Firm completed its five-year expansion plan in March 2017, the company isn’t slowing its progress. With continued competition from traditional mattress retailers, as well as from online retailers like Amazon and bed-in-a-box startups, Sider says Mattress Firm is always working to maintain its advantage.

Sider says Mattress Firm’s next step is to develop its online presence to provide customers an omnichannel experience. “We’ll finally be able to reap some of the benefits of our growth,” Sider says. In October 2017, Mattress Firm launched Tulo, its online bed-in-a-box offering. With the benefit of Mattress Firm’s retail locations and distribution channels, customers will have more choices in how they can shop.

By establishing a foundation for growth and incorporating the technology to ensure that all the parts connect, Sider believes Mattress Firm is well-positioned to continue to lead the retail mattress industry, regardless of what competitors may offer. “We’ll have the full gamut of experiences,” he says. “We’re letting customers buy products on their terms.”