Three years ago, Christopher Kozlov accepted the position of director of IT for Lake Forest Academy (LFA), an independent boarding school in Lake Forest, Illinois. In just his first weeks, he saw the school’s email system, phones, and internet go down. Fresh from the corporate world, he found that the education industry reacted far differently to challenges: LFA encouraged creative solutions to custom problems.

After years of dedication to team building, strategizing and troubleshooting, Kozlov and his group recently reported to work in a brand new data center. Email has been migrated to the cloud and much of the campus has new fiber cables. Suffice it to say, it’s been a good three years. 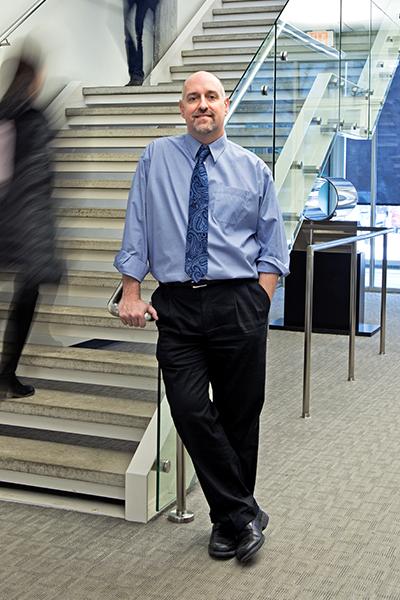 Beyond designing systems and offering support to users with wildly varying abilities, managing tech for the academy means that Kozlov must explain and justify changes and upgrades for the school’s 113 faculty and staff, with 435 students from 40 countries and 15 states.

“Teachers only have forty-five minutes with a class. If their tech fails, that takes a lot away from students,” Kozlov says. “Making sure that we can use tools in a
reliable way and being responsive is critical.”

Throughout, Kozlov has drawn on his experience in the corporate world to respond to concerns at LFA. One of his central undertakings as director of IT has been to assemble and manage a lean and impactful team. “I look for team members that have something to prove professionally,” he says.

And they are proving it. Currently, the team consists of helpdesk administrator Mikel Seidl, LAN administrator Artur Wilczynski, and systems administrator Dave Kassischke. LFA also recently added Anthony White as a technology coordinator, a new position for the school that prides itself on communication with students and educators.

Together, the team provides support to over two thousand devices across a 162-acre campus, as well as to the hundreds of people using those devices. To achieve this feat, Kozlov is not just managing the team—he is continuously building its capacity.

To that end, Kozlov fosters engagement and ongoing professional development for the entire team. “I am committed to a legacy of change. I have built corporate networks for twenty years, but there are other ways,” he says. Practically speaking, Kozlov understands that team members do frontline work and, if motivated, will identify problems proactively. 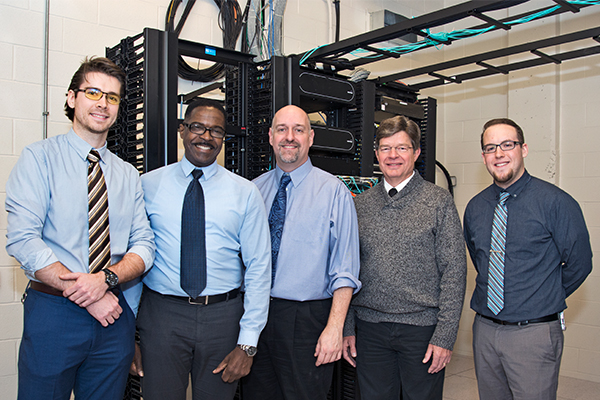 Kozlov developed this focus on supporting staff learning and development because it’s how he would have liked to have been managed at that stage in his own career rather than top-down structures. “The team works to solve problems. They have buy-in and motivation,” Kozlov says. “It’s great when they learn something new. I don’t want people to just take orders, but to think on their own.”

Kozlov’s small, integrated team works, in a sense, like a startup. He calls the team “a kaleidoscope of generations.” Younger staff members learn from the professional experience of older coworkers, and they return the favor with an influx of energy and interest.

That energy and passion has shown dividends with the school’s leadership as well. When Kozlov arrived, LFA needed more backend infrastructure, a move for which he needed the administration onboard. After a few big wins, Kozlov has earned the trust and support needed for moves like the new data center.

Previously, Kozlov’s team and the school’s servers had been based in Reid Hall, a stunning, century-old mansion built for J. Ogden Armour in 1909. While the structure may be idyllic, it was not ideal for handling the physical realities of tech. The department office and servers lived in what had previously been a bathroom and powder room. “Basically, it was a large closet,” Kozlov says with a laugh. A server room in the basement occasionally flooded and there was no room to grow. On top of space concerns, the campus was running on fiber from 1997 and struggling with the capacity demands of 2017.

Completing the project meant managing the IT team, keeping LFA’s administration and department heads on board throughout the long-haul upgrade, and working with the facilities department, all while figuring out how and when to outsource work. But the move paid off. “We have seen so much improvement. The school sees that the investment is worth it,” Kozlov says.

The data center is not Kozlov’s only success. Rather than merely fix problems, the team has increasingly been able to experiment with new technologies. This means they can forecast potential concerns, develop an escalation process, and reach out to department heads with the plan.

“We are shifting to be a proactive rather than reactive team,” Kozlov explains. He also hopes to continue that trend towards ever better services for the entire campus. “I don’t want us to be seen as merely a utility, but as something that is key to the improvement of the school.” He has mapped out three-, five-, and seven-year plans, including strategies to shift the campus’s thirty-five buildings from a central broadcasting network to a more localized system. While he’s keeping flexibility and his team’s input in mind on those plans, Kozlov is certain things will continue to improve: “We will get there.”