While Dr. William Carter carries an important title and more than a decade’s worth of tenure at Houston Community College (HCC), he’s more concerned with helping his team bring the best possible service to the school than he is his own status. Since 2006, Carter has been the vice chancellor of information technology at HCC. Among his many responsibilities, Carter leads the strategic planning and budgeting for information technology and technology initiatives in his district. If there’s a project involving technology in terms of software or systems, Carter and his IT team have their eye on it and are involved.

Carter oversees multiple departments, including core information services (application development, systems support, project and change management); cybersecurity; network services; telecommunications; campus technology support services (call center, districtwide regional technology support centers); and IT business services (budget administration, procurement, talent engagement support, IT contract, and asset management). But he doesn’t lead this sphere of influence alone. That’s why he has developed a unique three-step leadership style: understand user needs, integrate and involve the right cross-section of staff into the solution, and let go so that innovation and change can occur. This process includes facilitating an employee’s smooth transition into the program; identifying pain points in the problem definition and resolution processes; developing tools to help the IT team and end users be more efficient and effective; and then getting out of the way to let the experts in IT do their jobs. 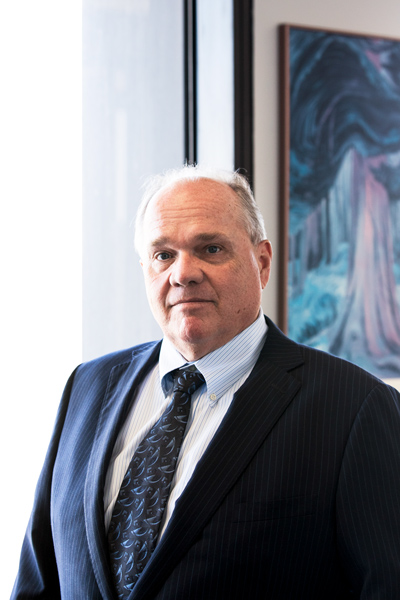 “My goal has always been to empower my staff to make the best decisions they can based on resources and planning,” Carter says. “I don’t believe in micromanagement. I think being supportive has to do with allowing people to succeed, but also allowing them to fail. In this context, ‘failure’ becomes a shared learning experience and allows staff to reset and retry with impunity so we are able to improve as an organization moving forward.”

“I don’t believe in micromanagement. Being supportive has to do with allowing people to succeed, but also allowing them to fail.”

Carter’s approach appears to be working well. By giving his team freedom to make their own decisions, Carter sees the unit as more entrepreneurial, working together to solve problems, asking challenging questions, and breaking down silos.

Carter’s ability to let go will continue to be tested as HCC endures one of its bigger initiatives: transforming the IT department. While the size of the department may not increase in terms of personnel, the influence and number of services it can offer the campus will.

Part of the transformation included having less people report directly to Carter. Additionally, he brought services such as IT cybersecurity and network departments together in an effort to leverage both teams’ needs and resources to secure the perimeter networks and internal data.

“The move got these people talking about how to utilize each other’s services to protect our mission-critical resource, which is our data,” Carter says. “What it allowed us to do is take advantage of once separately managed systems, applications, and services, view them as one ecosystem, and develop an integrated environment that brings all users onto one consistent, secure, redundant platform.”

The IT team is also working closely with the technology services area. Carter’s team will now be involved with the tech support on all campuses, which had previously been managed separately by each college. Previously, technicians would report an issue to whoever reported to the head of a particular college. Now, issues and the responses will be centralized. Carter and his leadership team now have the authority to reallocate resources based on measured needs and can staff larger projects more effectively.

“Now what we’re looking at is trying to work at scale, so if there is a huge project on campus that needs to be taken care of, like replacing six hundred computers, we can gang up on it, get it done quicker, and serve our students better,” he says. “That’s going to help expand and improve all services that the technicians provide.”

Under Carter’s leadership, the IT department is not just having a positive impact on the college’s technology procedures. It’s also playing a key role in helping HCC reduce costs. The department often looks at new technologies that can help the college reduce contract costs while, at the same time, improve user services. Many times, it’s a matter of looking at how HCC can invest in new technologies in order to decrease costs over time rather than in the short term. For example, a recent overhaul of the college’s phone infrastructure and system cost $175,000 to implement, but saved HCC over $300,000 annually in long-distance call costs.

Additionally, the department implemented other cost-saving measures by moving servers and services offsite to hosting and out-of-region managed cloud providers. Moves such as these have resulted in reduced capital and server administration costs, allowing HCC to take advantage of provider scale and to free up staff to focus on other more imperative, strategic initiatives.

“Our data center is 90 percent virtualized and we have a ‘hosted first’ mind-set when new projects arise. This has resulted in a 60 percent reduction in the footprint of our data center over the last six years, and improved our ability to expand services on demand so that we can respond quickly to our users’ needs,” Carter says.

As Carter continues to look at technologies that can help HCC in the long run or take steps to move forward technologically, whether that’s playing a bigger role in the college’s investment strategy or implementing his “cloud-first” mentality, he finds himself in the fortunate position of having a competent, confident team to put those ideas into motion.

“I probably have one of the most exciting jobs at the college because I serve in a role and in an environment that is ever-changing,” Carter says. “My staff gets to experiment with new technology that is changing the lives of more than 115,000 academic and workforce students in the fourth largest city in the United States. When initiatives go live, IT can see it and say, ‘I did that.’ What’s not to love about this job?”