Scott Downs was certain that he would be a pilot for life. His father was a design engineer in the aviation industry, and throughout his youth, Downs developed his skill and love for flight. And while he still maintains that passion today, the massive changes to the flight industry would eventually force him to find success in a new field.

At age ten, Downs was competing in radio-controlled aircraft contests. At age fourteen, he took his first solo glider flight, and by age sixteen his first solo powered fixed-wing flight, both at the legal minimum ages. Downs also attended the only high school in Georgia’s Cobb County with a computing program. A teacher walked the students through the fundamentals of punch-card programming, which utterly bored young Scott; thankfully, the teacher recognized his potential and began assigning him projects to develop on the classroom’s only desktop computer. The skills and memories he developed in the lab, not the cockpit, would lead him to a vibrant and varied second career. 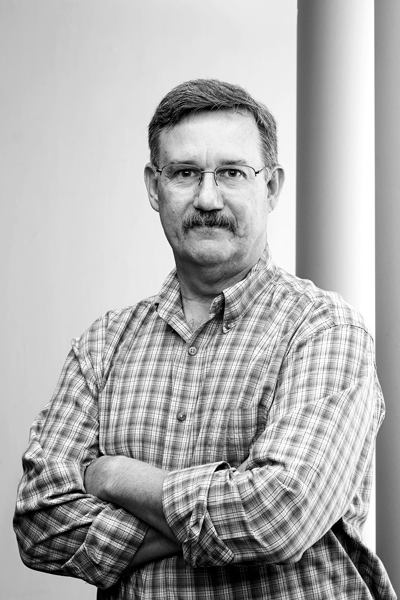 At eighteen, Downs joined the Army, where he served as a pilot for eight years. “Flying medevac, every time we went out we were going to get someone who was in a world of hurt, bringing them back where they could get the medical attention they needed,” he says. “That was always exciting and rewarding.”

Downs expected to transition smoothly from the military into the private sector, where a pilot for an offshore drilling operation might earn eighty thousand dollars annually. But politics and budget machinations in Washington, DC, during the 1990s forced him and many of his colleagues into early and semivoluntary retirement. The sudden flood of available pilots caused wages to sink dramatically; seeing offers under twenty thousand dollars, Downs realized that he needed to cross over to a new career path.

Recalling how satisfying it had been to code in that high school classroom, Downs picked through the newspaper for a tech job. He found one attending the printer room at an incentive company in Atlanta.

“When I was sitting in the printer room, I always thought it was just a job until I could find something better,” Downs says. That room was a hall in which line printers devoured reams of accordion-folded greenbar paper. Amidst the hungry and tireless machinery, his primary task was to pause the jobs and reload the printers as they depleted their trays.

He remembers the day that opened his IT path out of the printer room and upward. “They were running a program and it wasn’t calculating correctly, but the guy who wrote it was on vacation. I said, ‘Let me take a look at it,’ and two hours later everything was running fine,” Downs explains. Soon, he was moving up in the programming department, and before long he knew this was his new career path.

Downs moved on to the consulting industry, taking his first IT management position at Jackson and Coker. Downs had completed officer training in the Army, and thus was more than comfortable leading teams toward distant and challenging objectives. He realized he needed to practice some new tactics to lead effectively in a civilian tech organization.

“You can’t run a group like that like you would in the military,” he says, with a laugh. “That was the beginning of learning how to handle people and personalities the way they want to be handled. You motivate them to want to do their jobs, to want to come to work.”

Since leaving consulting, the furniture industry has been Downs’s favored bailiwick, starting with twelve years at Storehouse Furniture and an additional ten at American Furniture Warehouse. The sector is rather close-knit, and recruiters noticed quickly when he became available. In 2016, Downs took on his current role at Haynes Furniture Company in Virginia Beach, Virginia.

“Haynes has done a lot of things extremely well, but IT is one place that has needed attention,” he says. “They grew the company well; a lot of times IT is an expense that you don’t concentrate on until it gets big. Then you say, ‘Oh my, we need to get this figured out.’ That’s where I come in: identifying and prioritizing what we need to do to move forward.”

In this moment of rapid evolution, Downs is particularly excited about ongoing tech initiatives that both guide and respond to evolving preferences in the furniture-shopping experience. The organization and the industry are learning new approaches to a segmented market, tailoring their message and optimizing through social media and omnichannel. Effective collaboration between marketing and IT is key, since the organization’s goal is to leverage all of the systems and data for that omnichannel experience. For his part, Downs continues to develop his approach to working through the changes with end users, which he says is one of a CIO’s most conspicuous challenges.

“The word ‘change’ throws everybody into a frenzy,” Downs says. “But if you do it right, work with the end users, get them to buy in, and keep them involved, they look forward to the process. We continue to grow.”