The geek in the garage, the nutty professor, the mad scientist: Chad Jackson gets a lot of gentle ribbing around the office. But looking at the mock-ups, prototypes, and plans spread around his office, another comparison comes to mind. The space feels like a medical Disneyland, making Chad Jackson its lead Imagineer. That’s only reinforced by the time he begins to show off the cutting-edge technology and seriously fun learning tools that he and his team at the American College of Chest Physicians (CHEST) have developed in their simulation center.

“I’m a huge Disney fan,” Jackson says. “I have a sign in my office with a Walt Disney quote: ‘If you dream it, then you can do it.’ In another life, I’d love to have been an Imagineer. But if you think about it, that’s what I’m doing here.” For the medicine world, that means implementing everything from learning games to virtual and augmented reality.

A tablet computer mounted on a remote-control car frame sits on one end of his desk, along with a prototype Whac-A-Mole-style game he’s designed in which doctors can answer multiple-choice questions by bopping a bust of a doctor on the head. Pictures of other interactive learning games are tacked up to the wall, and a massive whiteboard on one end of the room is covered with sketches of theoretical new projects at the simulation center; CHEST is the only society accredited through the Society for Simulation Healthcare, and is also accredited through the Accreditation Council for Continuing Medical Education. 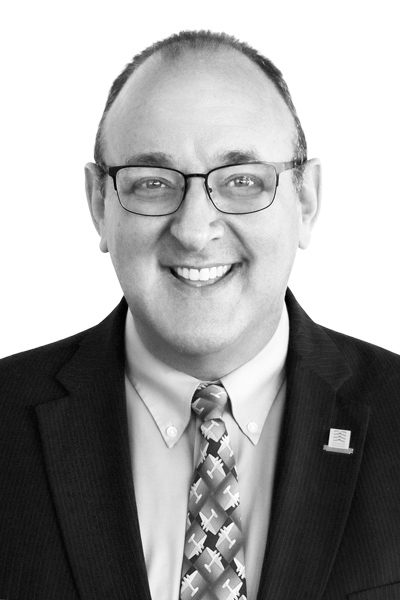 While those projects are all exciting, one short walk around the sizable facility will reinforce the Disneyland comparisons. As Jackson describes the flexibility of their state-of-the-art conference rooms (complete with HDMI capture kits and cameras to share the lecturers’ lessons), a groaning sound bounces down the halls.

“That brings us to the patients,” Jackson says, as he walks into one of six rooms in the space built to look like a hospital room, complete with all of the requisite machinery and technology—and an incredibly lifelike robot patient. The simulated patients can moan and cough. Their chests rise and fall as if they were breathing and their heart rate responds when drugs are administered. They have simulated pores and tear ducts so they can sweat and cry. They can even urinate, an important indicator in the ICU.

The robots were designed to leave as few artifacts of simulation as possible; the more real the patient, the more likely the doctors will take the simulation seriously and not break the scenario. The CHEST team even continues to modify the robots beyond their manufactured capabilities, always looking for ways to make the simulation more real. The center’s wet and dry labs are constantly buzzing with 3-D printers, robotics, and other projects.

The Push for Complexity in Training

In fact, that type of modification is what led to Jackson being invited to join CHEST in the first place. While working out of the Florida State University Clinical Learning Center, Jackson presented at a conference on modifying simulators for mechanical ventilation, a real breakthrough at the time. One of the leaders at CHEST was so impressed that she came up to him afterward with a bold proclamation: “She just said, “I don’t care who you are or who you work for, but you’re going to be working for me in a few weeks,” Jackson
recalls. “And to her credit, I was.” He has since spent nine years validating that decision, manifesting an innovative approach and willingness to dig in and redesign things himself.

That push for complexity is important, as doctors need to be prepared for just about anything at a moment’s notice. One example Jackson details is the EBUS, or endobronchial ultrasound, a technique that uses ultrasound technology in a special bronchoscope to allow medical professionals to visualize airways and adjacent structures in order to rapidly diagnose and treat lung cancer. Taking a sample with the specialized needle is a fifteen-step process, and yet doctors hadn’t been able to practice the procedure because one slip of the needle could cause $6,000 of damage to the real bronchoscope.

“Because of that potential risk, hospital systems don’t like the doctors to practice, but to just do the procedure on the patient, which is crazy,” Jackson says. “We’ve developed products to allow doctors to practice procedures such as EBUS-TBNA—this fifteen-step process—and intubation with incredible accuracy and realism.” As a step to change that mind-set, Jackson has begun to develop products that could be produced at a lower cost and shared so that more doctors can practice their work. In collaboration with Dr. Eric Edell, Jackson produced a prototype EBUS practice device he called the EFS: Eric’s Fruit Stand. The device allows the doctor to put a grape at one end of the simulated bronchoscope, position the needle properly, and stick the grape to simulate the process of testing for small-cell lung cancer, with no risk of damaging equipment or needing to test on a human patient.

Taking the Doctor Training on the Road

In addition to offering devices like the EFS to other hospitals and medical systems and at CHEST’s massive simulation center, Jackson and his team bring some of their innovations to medical conferences around the world. One particular draw is a set of educational games built into foldable arcade cabinets, which Jackson designed himself in order to be easily transported. With each game—such as the Indiana Jones-themed Pulmonary Adventures in the Temple of Gloom—Jackson partners with subject matter experts like Dr. William Kelly to ensure that the important information is communicated. “We can take our guidelines, a phone book-like document of about 1,300 pages, and turn it into something that physicians can absorb and then pay attention to the critical changes in these guidelines,” he says. “They’re playing games, working together, and learning. If it’s engaging for the physicians, it’s going to impact their practice.”

Jackson’s innovations don’t stop at the technology level; he was recently appointed vice president of innovation and development, bringing that approach to the entire college. In addition to simulation, Jackson now brings his innovative mind-set to everything from live-learning, e-learning, and pharmaceutical representative training to marketing and publications.

One of the most important factors that he wants to bring to CHEST is the power of collaboration. “I wouldn’t be able to do what I want to do without the partnerships I’ve forged with other teams in the organization, our vendors and partners, and other medical leaders,” Jackson says. “I’m only a successful geek because I’m surrounded by incredibly passionate clinicians who just want to better educate other clinicians.”