When Ava Wiseman opened the Detroit office of Beacon Hill Technologies, it was an unlikely time and place to start a staffing agency. In 2010, unemployment in the Motor City was 30 percent and the population overall had fallen to just more than seven hundred thousand, the lowest since 1910. What’s more, Wiseman says, the staffing market was already saturated.

But as a Michigan native with five years of recruiting experience, Wiseman was familiar with the situation and knew the challenges. Detroit was suffering from the decline of the auto industry, financial missteps, and rising crime and poverty levels, but opportunity was still there. Even as the city filed for bankruptcy in 2013, technology was bubbling. “When I was asked to bring a staffing and solution company to Detroit, I asked whether they were sure they wanted to do that,” Wiseman recalls. “Technology is often the first to be cut, but it’s also the first to come back.” 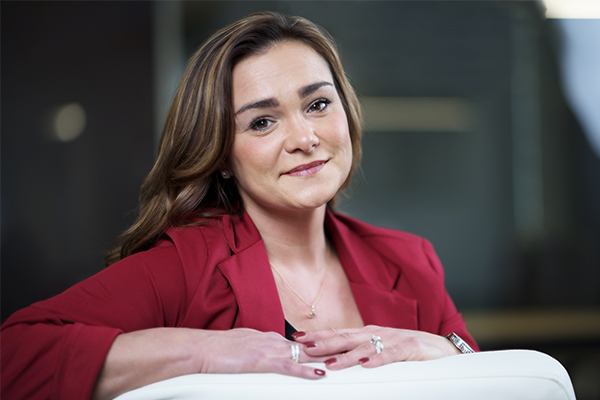 Today, eight years after Beacon Hill Technologies opened in Detroit, the city is experiencing an economic turnaround. And with an infusion of companies from startups to Amazon calling the Motor City home, Detroit has become a prominent entrepreneurial and technology hub.

Throughout this transition, Wiseman and her team have worked to help the growing wave of organizations fill IT jobs. “The market is very competitive,” she explains. “A lot of companies didn’t need staffing, but now, due to the supply being low and the demand being high, they have turned to staffing agencies. People are trying to pull the trigger a lot quicker, especially when they need skilled IT employees.”

The challenge of filling positions is likely to continue, as technology jobs are projected to grow 13 percent from 2016 to 2026. Additionally, even non-tech companies need IT employees as they implement technology for internal processes. Today, the demand for IT employees is 40 percent higher than what the actual market can support, Wiseman says.

To that end, merely filling a position is a success for many staffing companies.  Beacon Hill Technologies, however, wants to be a true partner, not just a provider of a business transaction. “A lot of what we do is very relationship-based,” Wiseman says. Additionally, the organization adds value by making sure that their recruiters are deeply familiar with the local markets they serve.

“We customize each branch to focus on what each individual market dictates to be successful,” she says. “That has helped us support our clients so much better. We make a conscious effort to understand the demands, and that’s how we can be competitive to find that top 20 percent of potential candidates.”

That said, some companies work with Beacon Hill Technologies only looking to fill a job. However, those that understand the benefit of long-term, strategic relationships that Beacon Hill values have seen increased benefits. If companies truly want to have top talent, Wiseman says, they need to make an investment. That investment isn’t solely financial, but one of time and information, with companies sharing their vision, their culture, and how a job fits into the big picture. “We’re branding their company as they want to be known in the industry. Without being able to sit down and talk with them, it’s very hard for me to sell and paint that picture for possible candidates,” Wiseman says.

Ideally, Beacon Hill Technologies functions as an external HR department. Sometimes that means helping clients identify and address pain points in their internal recruiting process. “The IT market is very large but very well networked. The last thing you want to be is a company that doesn’t have the best reviews,” Wiseman says. “I need a deeper understanding of my client.” This allows Wiseman to represent the hiring company better and address any candidate concerns candidly.

Another compounding factor in the IT talent pool is that the top 20 percent of IT candidates are already employed. For that reason, Wiseman also works with passive candidates—those who may not be actively seeking jobs. That typically means further consulting with clients, helping them understand the market and competition to put them in the best position to attract candidates.

Just as technology is constantly changing, so is the IT employment market, especially via the influx of younger candidates. “In the last few years, there’s been a huge uptick of grads or new grads who have only been in the market a year or less,” Wiseman says. She works with candidates who have different work habits and motivations than previous generations to identify what encourages them to ensure a good fit. Wiseman also works with companies to help them embrace the newer employees’ perspectives.

Even as Wiseman works with companies, she has come to understand how hard it is to be a candidate. “One of the most stressful things people can do is change their career, and we don’t take that lightly,” she says. But when a successful match is made, it’s golden: “When you help someone make that transition, being able to make that match and see them grow their career, that is awesome to witness.”