Shortly after accepting the position of executive vice president and CTO for Stuller Inc., Carol Skarlat realized that the global jewelry supplier badly needed a wholesale IT makeover. Upper management didn’t argue, as everyone in the organization understood that the antiquated technology needed to be upgraded. Skarlat soon realized, however, that they didn’t grasp how difficult the task would be. That’s where her history in journalism came into play.

Replacing the systems that ran the company would make operations vulnerable to outages. Everything would have to be carefully tested, scheduled, and coordinated in order to prevent business disruptions. The leadership team didn’t quite grasp the gravity of the situation, but Skarlat needed to get through to them so that they could prepare for it and motivate the rank and file for the huge undertaking.

Tapping into a storytelling ability that she developed in high school and college as a journalism student, Skarlat created an analogy that drove the point home. “I described it as a heart transplant,” she recalls. “It was going to be that delicate and complicated, and was going to require precise timing.” 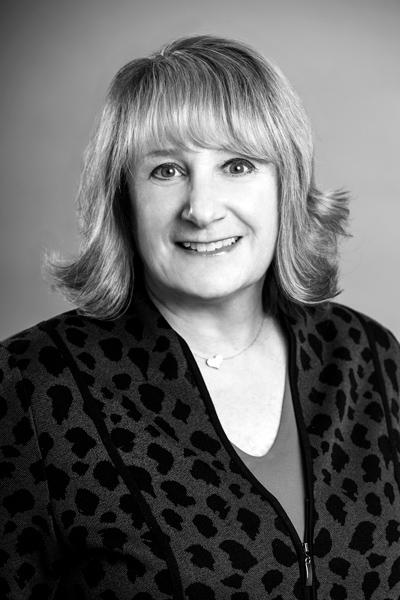 Skarlat has used her communications skills time and again during her IT management career. She attributes a good part of her success to that ability and points out how important it is for IT managers to find ways to translate “technospeak” into terms that have impact for their business manager colleagues. “As I progressed in my career, I noticed a gap between the business world and the tech world,” she says. Those with a knack for bridging that gap have a real advantage in rising up the ranks, she adds.

Today, Skarlat is CIO for BAI (Bank Administration Institute), a nonprofit research and training organization. She not only oversees internal operational systems, but she is also focused on helping to develop services for the organization’s clients and members, including a new web-based training system. In fact, outward-facing systems and programs take up about 75 percent of her time.

The biggest project so far in her two-year stint was a revamping of the organization’s learning management system (LMS) that delivers compliance training over the web. Compliance training has become increasingly important in recent years, as banks strive to ensure all employees understand and meet important financial industry regulations.

The original LMS was developed from an off-the-shelf system, but over the years, BAI had made so many modifications that it could no longer incorporate the vendor’s upgrades. The only option was to develop a new system—but Skarlat’s small IT staff of fifteen couldn’t handle the task by itself. The answer was a partnership with Latitude CG, with BAI converting off of Saba Software and building on Latitude’s back end. BAI IT staff and a third party IT consulting firm designed and implemented the front end, which was constructed to be easier to modify and more user-friendly.

While serving on the advisory board of Northwestern University’s Master of Science in Information Technology program for the past fifteen years, Carol Skarlat has helped influence training of a new generation of IT executives.

“I noticed that the program was heavy on technology and light on business,” Skarlat recalls. She and other board members thought the curriculum needed to be rebalanced. “A CIO needs to have business acumen—an understanding of financials, project management, and how to manage staff,” she says.

Northwestern has taken the board’s recommendations to heart, and the program has been fairly nimble in adopting new concepts such as new project development methods, social media, and the latest security options. “The program keeps evolving because the board has a strong influence,” Skarlat says.

Working within a small nonprofit organization requires that kind of resourcefulness to amplify the labor of a small staff. Skarlat also sees the opportunity to improve how her staff works with other BAI groups as a way to make IT work more effectively.

“When I first came here, we were very project-focused,” she says. “Now we’re moving toward more of a true partnership with business units.” Now that BAI owns the LMS front end, this will be more critical. “We have to have regular meetings and interactions as we build the product road map with the businesspeople,” she adds. This will make for a better product and allow her to properly allocate resources.

Skarlat’s move to BAI was a departure from previous positions where she had to devote much attention to manufacturing systems. In addition to Stuller, Skarlat had stints at Motorola and consulting engagements with several other manufacturers. She had no experience in the financial services industry, but an innate curiosity led her to take the job with BAI. She was confident that her skills honed in other industries would translate well. “My niche is to distill the big picture into components and help explain the impact of IT on the business,” she says.

That ability took root when journalism instructors noted her promise in that field, and encouraged her to pursue it. But Skarlat didn’t have a passion for the news business, and found her calling when she took a data processing course in college. “I fell in love with IT,” she says.

Still, lessons learned as an amateur journalist have proven essential to leading IT, and Skarlat has found storytelling essential to promote understanding between IT and business leaders.