From the time Jean Turgeon was seven years old, he was curious about how things worked. When he was a child, his mother worked at a store that gave her access to electronics and toys. Much to her chagrin, when she’d bring home a new toy for Turgeon, he’d start to disassemble it before he’d turn it on.

“I was always intrigued by how things worked,” Turgeon says. “From those early, rudimentary remote-controlled cars to radios, tape players, and TVs—I took them all apart.”

Turgeon’s technical curiosity served him well, as he is now the vice president and chief technologist at Avaya. There, Turgeon and his team are tasked with using technology to help guide the organization’s customers through their digital transformations in internet telephony, wireless data communications, and customer relationship management software. 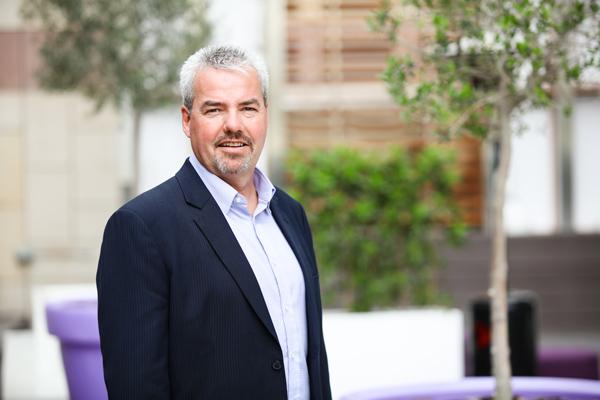 “I am an old die-hard technologist. I aim to drive innovation, not invention,” Turgeon says. “We want to focus on innovating and bringing technology to market that people will value, consume, and be willing to purchase to help transform their organizations.”

Over the course of his career, Turgeon utilized his interest in the way technology works across a variety of roles within enterprise organizations and also worked in technical marketing and sales. He eventually moved into leadership roles, where he added a new perspective to pair with his technological passion.

“Throughout my career, I made sure I gained experience and understood the entire ecosystem. That’s allowed me to bring stronger credibility to the market,” Turgeon says. That understanding allowed him to build strong relationships both internally and externally.

Turgeon also made travel and international experience in his field part of his strategy of constant learning. As his travels led him to Asia, the Middle East, Latin America, and South Africa, Turgeon learned valuable lessons about the adoption rates of technology globally, as well as the variety of challenges that businesses face around the world.

“I made sure I spent time with the service providers in various regions to understand how they look at things and how they build things,” he says.

That quest for education and training helped him achieve one of his biggest personal accomplishments while working as general manager of Nortel. At the time, there was a great deal of price pressure, as one of Nortel’s competitors was trying to commoditize ethernet switching and convince customers that any ethernet switch was as good as any other. Turgeon was in a position to either continue to build speed into the technology at a lower cost or attempt to disrupt the market. He chose the latter, and formed a small group to brainstorm what they could do differently. The group eventually decided to invest heavily in automating networking and building something transformative; they executed on that idea and, in 2009, Avaya acquired the technology that Turgeon’s Nortel team had created.

Turgeon transitioned to general manager for networking at Avaya, and his drive to disrupt helped him and his team score a victory for the technology company. In 2011, his new team launched the first product in the marketplace that leveraged the technological innovation they had developed. The technology was known as SPB (Shortest Path Bridging, also standardized under IEEE and known as IEEE 802.1aq, as well as by IETF under RFC 6329). Although the adoption rate wasn’t initially as fast as Turgeon had predicted, it picked up dramatically three years later and was sold to Extreme Networks as part of Avaya’s sale of its networking business in July.

“I’m proud of that team and of having been part of that bold decision to disrupt this market,” Turgeon says.

Since then, Turgeon has built a team of sales and technical specialists who are tasked with studying trends and disruptors in the marketplace. While the team has previously made some investments in the cloud, they’ve most recently started to study the Internet of Things (IoT).

“At Avaya, we know ‘things.’ We are experts in endpoints and enabling workflows, and that’s where we will actively participate in the IoT market,” Turgeon says. “We may not have the IoT analytics and platforms, but these will generate output and events which we can then integrate to start triggering some very sophisticated business intelligence workflows. This will allow us to customize and personalize outcomes we want to drive for our customers.”

Along with delving into the IoT, Avaya also has put a great deal of intellectual capital towards automation, the evolution of machine learning, and the rapidly evolving capabilities of artificial intelligence.

“We’ve been driving disruption around the AI market internally, and it’s been gaining a lot of attention and a lot of momentum,” Turgeon explains. “You’re going to see that more throughout the coming years. Our messaging around AI and automation is going to start changing substantially.”

Turgeon wants to make sure automation isn’t seen in a negative light. Although he agrees that AI is a market disrupter, Turgeon believes that it is not going to eliminate as many jobs as some have claimed.

“There’s a lot of noise in the market where people are saying, ‘Resist automation because it’s cutting jobs,’” he says. “The reality is, automation is good at simulating, hence it is going to reduce jobs—but it does not eliminate jobs. It’s simply going to start replacing a lot of the repetitive tasks that are being performed by human beings today that can be performed by machines.”

Rather than see automation as a potential threat, Turgeon hopes that people can view it as a positive opportunity for the industry to continue to push innovation and creativity. In fact, he hopes that they can eventually apply AI to their everyday life.

One example that he gives is how a visually impaired person could leverage automated technology by using a wearable camera that connects to cloud-based services and has an audio input that can guide them in real time. Another example that interests Turgeon is a self-driving car that, when connected to its owner’s calendar, could pick them up and get them to their appointments on time.

“Those are the kinds of opportunities we need to start looking at: better experiences for customers consuming those services,” Turgeon explains. “We are going to continue to invest in and achieve what may have been seen as almost impossible. We’re going to make sure Avaya’s brand is no longer just associated with a legacy voice and a legacy content vendor; Avaya is helping our customers through their digital transformation journeys.”