Last year, Mike Rosello faced one of the toughest decisions he’d encountered as a CIO: he had to decide whether to break up with a long-standing IT partner, putting the company at significant risk of service disruption, or stay in a safe relationship, knowing it wouldn’t align with his company’s long-term growth plans.

Rosello is the senior vice president and chief information officer for Alliance Data Card Services, a private label and cobranded credit card provider and the largest division of Alliance Data, which offers retailers loyalty and marketing services. With one in five people owning a card managed by Alliance Data Card Services (through credit cards offered by companies such as Victoria’s Secret, Pottery Barn, J. Crew, and Signet Jewelers), the division experienced strong growth through the signing of new clients and growth of its existing portfolio of clients. 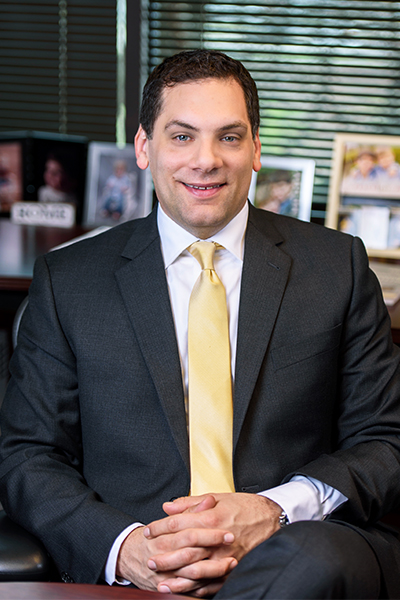 Industry growth was up 300 percent in the last ten years, and Alliance Data Card Services enjoyed double-digit increases in revenue in the last four years. With such massive growth, Rosello needed to ensure the IT services could keep up.

“We had to think about where we were as a business, where we were going in the next five years, and if our existing partners were able to grow with us,” Rosello says. After thorough analysis, he realized he needed a new IT partner that shared his company’s vision for
dynamic growth.

Normally, an outsourcing transition from one IT partner to another is at least a nine-month project, Rosello says. The transition involves switching the mainframe, Windows, Unix, networks, and all the infrastructure technologies and architecture, as well as the help desk. Most companies take extended downtime windows during that time. But Alliance Data Card Services needed to work differently. “We couldn’t conceive of having any significant downtime,” Rosello says. “It’s a growth company and we can’t take a year off.”

With 160 clients and over twenty million accounts with credit card customers making purchases 24/7/365, any disruption in the business could be devastating. Rosello insisted on a seemingly impossible goal: 100 percent uptime.

Beyond time, Rosello faced even more hurdles. He needed to stay within budget. He had to decide how to handle 123 third-party sub-contracts tied with the current partner. And he had to move the data service center that was being managed by the current partner to a new location in a different state.

Feet to the Fire: A Familiar Feeling

It wasn’t the first time Rosello has found himself in unchartered territory. After switching from finance to IT, he worked in his first technical job as an engineer. Six months after he started, his supervisor left, and Rosello took over the job.

“I was not ready and certainly not qualified to do so,” Rosello recalls. He managed multiple accounts, many of them multinational, and felt like a deer in the headlights the whole time. But by working feverishly after hours, Rosello would be up to speed during business hours.

The experience was incredible, Rosello says, with a ten-year learning curve compressed into two years. “Once you do it, you know it won’t kill you and you can be successful at it. You kind of get the itch to do it again and know you can jump into things without being fully trained,” he says.

Still, with Alliance Data Card Services, the stakes were even higher. Although Rosello had support from the top of the organization, he keenly felt responsible for the project’s success. “It was my baby, sink or swim,” he says. “I don’t know if I could have lived with myself if I failed and failed this organization.”

That passion has been appreciated by Rosello’s partners both internally and externally. “It has been a real pleasure for our Cognizant team to partner closely with Mike and his team to simplify and modernize Alliance Data Card Services’ IT infrastructure, so it is digital-ready and enables their continued fast growth,” says Venu Lambu, senior vice president and global head of markets for infrastructure services at Cognizant.

Preparing for the transition took as long as the process itself. For ten months, Rosello and his “army” of team members planned every aspect of the change. Even before the eventual new partner was selected, Rosello, his internal IT staff, a designated project point person brought in from the outside, and a consulting company developed the financial modeling, examining all contracts for legal rights and obligations, identifying assets, and determining all the steps needed for success. The team and the corporate boards reviewed the potential partners, asking tough questions: Are the potential partners growing? What is their performance? What are their audit and compliance findings? Are they cost competitive? Most importantly, can they transition with no downtime?

Many of the potential candidates said that they could, but only one provided a road map that convinced Rosello it could accomplish the goal. Alliance Card Data Services selected Cognizant, a business and technology service leader as its IT partner.

The card services company had the advantage of having their application stack in-house and having ownership of one of the two data centers, which allowed failover between the old and new locations as the information transferred.

After twenty stressful months, the transition was complete—under budget, with all 123 contracts addressed, redesigned, renewed, or cancelled. And, most importantly, the transition created no downtime for the business, Rosello says.

“From a leadership perspective, it’s my greatest achievement without a doubt,” Rosello says. The work of almost two hundred people from his company and from Cognizant made the success possible.

The experience also taught a few key lessons. First, he learned the importance of complete, exhaustive due diligence before deciding to make a change. “You may still have surprises, but you’ll be in a better position to find a solution,” he says. Bringing in the necessary expertise was also important, as no one person could know how to accomplish everything. For that reason, he also needed to be transparent about the process, even about bumps in the road. Making sure employees were comfortable increased their acceptance of the changes. To drive that confidence, he needed to have confidence in his own decisions as well.

While it was an incredibly fulfilling and important move, Rosello won’t be quick to make a massive change like this one again any time soon. “It’s a ‘once in a career’-type move,” he says. “But a lot of the philosophy used here pertains to any transition.”

Cognizant (NASDAQ-100: CTSH) is one of the world’s leading professional services
companies, transforming clients’ business, operating, and technology models for the digital era. Our unique, industry-based, consultative approach helps clients envision, build and run more innovative and efficient businesses. Headquartered in the US, Cognizant is ranked 205 on the Fortune 500 and is consistently listed among the most-admired companies in the world. Learn how Cognizant helps clients lead with digital at