Vojta Borovian left for vacation two weeks before what he describes as the breakthrough IT project of his tenure at Kelly-Moore Paints. Seeing as the project involved a point of sale (POS) infrastructure replacement encompassing every register at Kelly-Moore’s 144 stores, Borovian acknowledges that the timing of his holiday might have seemed ill-advised to anyone unfamiliar with the culture at his company. But that confidence highlights a philosophy of radical transparency—an ideal that the CIO is working to establish as the norm at Kelly-Moore.

Borovian says that the inherent interdepartmental reliance of IT makes radical transparency essential.

“IT projects never stand on their own,” he says. “We reach out and educate the rest of the business frequently to make sure that they are comfortable with the value proposition and requirements of the project.” That engagement is just a small part of the necessary relationship-building required to develop trust not just in his IT department which currently includes seventeen team members, but across the entire business. 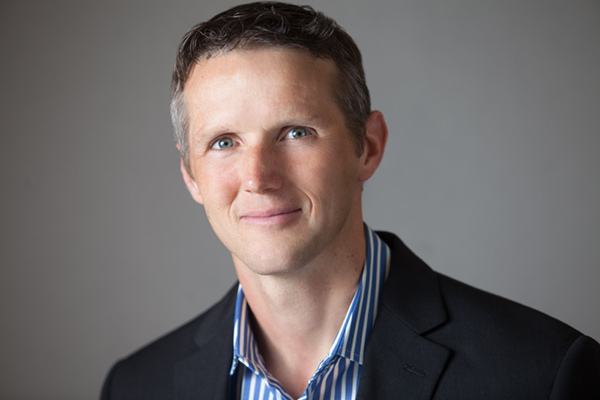 In the case of the extensive POS overhaul, this meant daily contact with the external partners, corporate management, and 144 store managers, prepping them for the change, minimizing customer disruption, and maximizing efficiency of the register installation. Developing appropriate routing for communication with the stores was essential in building trust. After all, such a large and potentially intrusive project would need to be handled delicately and with precision.

Borovian says the decision to take time off so close to such a significant project was reflective of the benefits that radical transparency provide and the teams that take advantage of it.

“Everyone knew what needed to be done, and we knew what the goal should be,” he says. He was right: all 547 new systems were installed in just over two months’ time without any business interruption. He sees the success of the project as pivotal in boosting confidence in his team, trust with business partners, and the communication they were working to establish. “Tackling the next project, Kelly-Moore knew who we were,” he says. “Now, the sky was the limit, and we were ready to tackle anything.”

“If a team plays without communication, how much can they really accomplish?”

Radical transparency for Borovian starts with people. “The team of managers that I have now and their ability to manage multiple projects and communicate among one another allows us to take on the entire organization,” he says. Borovian encourages his managers to share their project portfolios. He believes that breaking down silos continues to strengthen the IT department and the overall ability to navigate dozens of concurrent projects. A continually training endurance athlete, Borovian unsurprisingly adopts a sports metaphor when it comes to transparency: “If a team plays without communication, how much can they really accomplish?”

That sort of transparency is essential for Borovian in relaying both his department’s vision and, at times, their limitations. “I’m in charge of telling the business, ‘This looks like it’s not going to happen as we agreed,’” he says. As such, he needs to be able to follow up immediately in deciding how the impact of a delay will affect the company and what kinds of alternatives can help mitigate waste. He sees transparency as an integral portion of Kelly-Moore’s project management approach.

Establishing communication criteria early on is imperative when it comes to Kelly-Moore’s customers and vendors, Borovian says. That means working together to establish rapport and a relationship where trust and openness are not only encouraged, but relied upon. Borovian admits different clients require different degrees of openness and transparency, but he says that every system has room within which to maneuver. And the benefits tend to multiply. “When you start having that relationship work, people start reaching out because trust is established,” he says. “Everything gets so much easier without unnecessary obstacles in the way.”

Personalizing experience in solutions is a point of pride for Kelly-Moore’s IT team, and Borovian says his team continues to look for ways to individualize service. The team’s ability to expand their scope due to efficiency and transparency provides exponential benefits. “The time we are gaining from efficiency is reinvested back into the relationship by adding more value and being closer to the client,” he says.

The efficiency also allows the IT team to take on more. For his team’s most project-intensive year thus far, CRM overhaul and expansion, POS upgrade, and major infrastructure are all on the docket. “My goal is not just to take the projects on, but to also make sure the organization can absorb the changes,” Borovian says.

He was able to see the benefits of radical transparency after learning to take a step back from his own projects—and not hold them too closely. Today, his biggest satisfaction comes from his team. Focusing less on the what and more on the why and the how has helped him better interact with his teammates and partners. He sees his role as a router for information, making sure it gets to the right person, in the right form, and at the right time. Proud as he is, Borovian is quick to downplay his role, opting instead to be seen as part of a whole.
“It’s not about me,” he says. “It’s always about us.”