As Gray Television Group’s chief digital and technology officer, Jason Effinger captains the broadcast company’s digital and technological endeavors. However, he emphasizes that he’s not a technician: he’s a journalist who just so happens to have an affinity for the technical aspects of the work his company does.

Effinger’s task is to guide the growing organization across the rapidly changing news media landscape. To accomplish this, he automates and standardizes production processes, which help keep Gray’s journalists out in the field—instead of fiddling with files and data behind a desk.

Effinger’s journey across the cables and airwaves began when he was in high school and he joined some classmates to create a cable access newscast. “It was not pretty, but it was a newscast: we interviewed people, and we brought stories to bear,” he recalls. 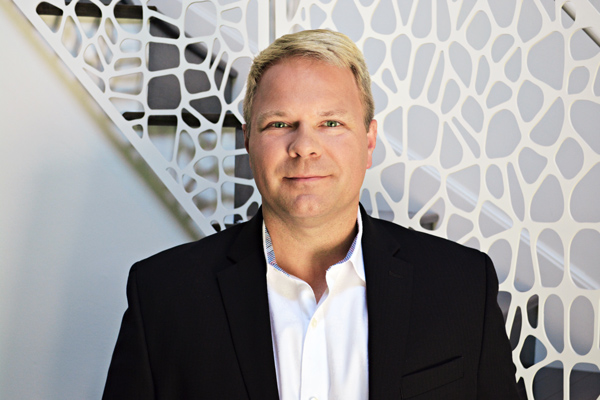 At the time, he was “deathly afraid” of talking to people and would use video to deliver presentations to his classes. Eventually, Effinger realized that he was paralyzed because he didn’t have any passion for his work. When he was able to generate a personal connection to his material, however, he began to shine. “Thinking back on it, that’s what started this passion for journalism: doing what you believe in, not what you think you need to do,” he says. In 2015, Effinger stood onstage at the Miss America pageant and distributed scholarship awards, fearless and confident because he believed in the mission.

“More than ten million people were watching live that night—coming from a kid who couldn’t get up and speak in front of ten people,” Effinger says. “But I believed in what we were doing and what this company does.”

Effinger describes Gray’s mission with three principles that will ensure the organization’s continued growth and relevance: Gray Television delivers news when and how communities want it, helps local businesses grow, and provides a voice for those who cannot speak for themselves in fifty-seven local television markets across thirty states.

When a series of wildfires was devastating the Colorado Springs area in 2012, Gray delivered on that mission. The company’s streamlined, standardized production model was key to timeliness and flexibility.

“Because of our work flow, we brought in our people from around the country,” Effinger says. “It was a completely different location, but they could sit down in front of that technology and run it themselves. We brought in meteorologists, producers, and photographers. It really gives us an advantage.”

Gray’s resources are deep, versatile, and nationwide, but that fact doesn’t diminish its localized focus. Rather, it gives the company the ability to provide enduring coverage and extensive community support.

“When a story like that bubbles up, the national media will be there, but it always starts with local media,” Effinger says. “And when everything calms down, the national media has to move on, but we’re still there. We’ll be there for the weeks, months, and years afterward to help that community.”

And Gray continues to grow. From 2013 to today, revenues have soared from $300 million to nearly $1 billion. Effinger and the executive team look to scale quickly but deliberately.

Even as automation accelerates in various sectors of the production process, the company’s three principles still take precedent. That means that the savings generated don’t just flow upward: resources also return to the mission. If innovations in the production booth make operators obsolete, Effinger approaches them as potential new journalists. In turn, Gray provides opportunities for those individuals to expand their skills and grow their careers in support of the mission. A 2010 project in Lincoln, Nebraska, that eliminated some positions at Gray. However, every job lost was a journalist gained.

“In that instance, every single person had the opportunity to evolve,” Effinger says. “We believe very strongly in giving people the opportunities to move up or to another location. Gray constantly has openings, and we are good at training.”

Evolving as an Individual

At the individual level, Effinger is also training and evolving. He’s “automating himself” by examining his use of time, optimizing routines, and evolving his approach to keep himself, like Gray, on the cutting edge. He also challenges himself to be “time-ruthless.” At the end of each year, Effinger conducts a survey of his work. In that process, he asks himself what occupied a typical day or week. Then he aims to eliminate 50 percent of it in order to be as prepared as possible for what’s to come. “If, five years from now, I’m still doing what I do now, we’re going to be behind,” he says.

Being time-ruthless and knowing that he has finite energy and finite hours has impacted Effinger’s time-management strategy. He’s stopped multitasking, checks his email twice a day, and levels his focus on problem solving, collaboration, and preparation. Journalism unlocked his passion, but he credits this work ethic to his mother.

“It was just my mom and I in a small town in Wisconsin,” he explains. “She was a schoolteacher, and she created an example for me, which is still a guiding principle: ‘Whatever it is that you do, you do the best you can, with heart. Do it because you’re an Effinger and that’s who we are.’”

Jason Effinger has guided Gray Television through an ever-changing technological landscape while maintaining their leadership role in the broadcast industry. Jason’s approach to technology promotes a more efficient, reliable, and cutting-edge workflow.  GatesAir is proud to partner with Jason and Gray Television to provide the best broadcast solutions available.