Greg Miller knows that it takes technology to manage technology. To say he manages a lot of technology would be an understatement, especially considering the fact that he’s the CEO of CrossCom National—which provides technology support solutions to retail, grocery, restaurant, and similar clients that have anywhere from hundreds to thousands of locations. Overall, the company manages about $100 million worth of technology.

“Think about all technology, from self-checkout terminals to back-office servers,” he says. “We support, install, and deploy all the technology for all our customers.”

Miller is constantly looking for ways CrossCom can leverage its own technology to better manage its support-services people in the field and all its assets while maintaining a strong and clear chain of command. He also gets plenty of help from a diverse and experienced leadership team. Among them are three Harvard Business School graduates, a West Point alum, and a Texas A&M graduate. The average tenure on the team is about two decades. “The industry has changed so much in twenty years, but this group has grown up in this business,” Miller says.

He adds that the mix is vastly different from what it was when he took over as CrossCom CEO in 2001. The power structure back then was decidedly white, male, and middle-aged. That’s hardly the case anymore. “There are people on the leadership team who are as young as twenty-seven, men and women,” he says. “Our controller is a Chinese national. We serve a diverse population, and the people serving them are really diverse. It wasn’t intentional. We were just trying to become a better company.”

“No matter how good your expertise is, if the parts aren’t there, you’re going to have a problem. You have to have the right parts at the right time.”

The team all works together to make sure clients have seamless integration between online and in-store operations. There are plenty of variables, including client budgets and how quickly they want to grow. Then there is the technology itself. “[Clients] have legacy technology along with new technology,” he says. “The magic is in getting it all to work together.”

Miller marvels at how nimble retailers have become as more business moves online. “They might change prices five or six times a day or have specials running throughout the day targeting certain customer demographics,” he says. “What retailers struggle with the most right now is how to manipulate and manage the pricing.” 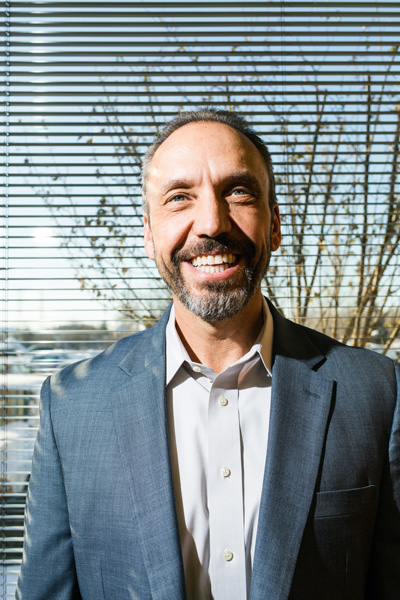 To serve round-the-clock businesses, such as retailers, CrossCom must be available 24-7. That’s where the beauty of its business model comes into play. The industry, Miller explains, used to be dominated by original equipment manufacturers that sold, serviced, and maintained their own hardware. “We shifted what’s happening in the market by taking over large, sophisticated, multiple-product environments and offering a support desk all the way through to the back end and actual maintenance,” he says.

An Uber-like workforce is on standby around the world to be dispatched to whatever client location needs help. CrossCom also gives its clients the ability to track these workers and their progress. “All customers get maps they can run on a mobile device showing in real time where our employees are in their chains,” he says. “They can look at the map and see up and down the Eastern Seaboard, for instance, what stores are down, what the status is. It really brings what’s happening in stores right back into the home office.”

CrossCom technicians must also diagnose hardware problems quickly and accurately. With a business administration degree from the advanced management program at Harvard Business School, Miller builds mathematical models that help them find root causes, such as a faulty software patch.

Diagnosis, however, is just half the battle. CrossCom technicians must also have fast access to any hardware they need to install to get a client’s system back up and running. “More than anything else, we’re a logistics company,” he says. “No matter how good your expertise is, if the parts aren’t there, you’re going to have a problem. You have to have the right parts at the right time.”

CrossCom spent this past year expanding and upgrading its Memphis-based facility to support its growing repair, staging, logistics, and warehousing operations. Miller says the company refurbishes hardware so it can always have parts at the ready for quick installation elsewhere.

This kind of efficiency will be increasingly important for CrossCom in the short- and long-term future. Miller says the company is adding two large clients sometime in 2017. Having already extended its network of on-site field support to South America, Europe, and Asia, the company is exploring opportunities to grow its presence in China. “We’re setting up partnerships to start the process of doing business there,” he says. “It’s new for us. But when you look out to 2020, we should have meaningful operations over there.”

That’s mostly because he expects existing clients to be in China in a more meaningful way. Right now, he says, there is no real connection between clients’ satellite locations in China and the US headquarters. But Miller says he thinks that will change quickly. “China right now reminds me of Japan,” he says. “Rather than ship everything overseas, they’re consuming more of their own goods, just like Japan did in the eighties. From my perspective, it’s great. As China moves into more of a consumption-based economy, that fits right into what we do.”

Wherever and whenever, it seems CrossCom technicians will be there, ensuring its clients’ technology is running smoothly.