For Bron McCall, the common thread between an IT department and a musical ensemble is crystal clear. It all comes down to music as culture.

When Extra Space Storage‘s IT department was smaller, it played like a jazz band. “Jazz bands tend to fly by the seat of their pants,” the senior vice president and chief technology officer explains. But the team expanded and the company developed a system replacement plan. McCall knew the team needed to be more structured and predictable—like a symphony orchestra.

Luckily, McCall was just the conductor to help the department make the change. When he took the helm of the department, the organization had historically built all their systems in-house, and most that remained were first-generation. By the time McCall arrived, he realized that needed to change. 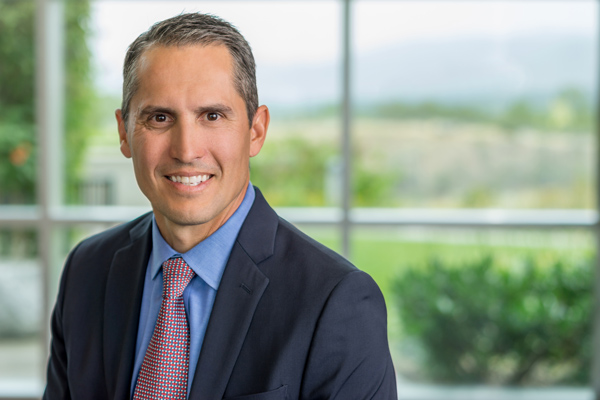 When the company was smaller, the disparate homegrown systems were not that much of a problem. But the company grew rapidly, nearly doubling the number of stores to 1,500. It was then clear to McCall that its internal systems needed an overhaul. “Initially, it was easy to keep track of a few hundred stores,” he says. “Suddenly, they needed much more complex systems to keep track of all of these assets.”

McCall had his lightbulb moment five years ago, in a winter meeting with the facilities team. The team wanted a system that would interface with finance. The system would also need to give them the flexibility to track an item’s maintenance history.

“I said, ‘Whoa, whoa, time out. We are never going to build that. We would have to hire an army of developers,’” McCall says. “I realized we needed to start from the core.” That change would need to happen by replacing one system at a time, slowly building out. To properly manage resources, McCall decided to only build new systems if something was highly strategic and critical, opting to purchase many software-as-a-service systems for standard business processes.

Diving into the process of refreshing the company’s internal systems, McCall decided to start with its financial systems and then work his way through the rest of the company.

Buying off the shelf made it easier to implement new techniques, and it also saved essential developer resources and created an efficient and lean IT department for the future. “Fifteen years ago, there weren’t a lot of easy off-the-shelf applications you could work with,” McCall explains. “You could buy it, but it was really expensive, with lots of hardware.”

After the Systems Reboot

Later this year, the systems reboot will be complete. But it’s not just the systems that McCall has revamped­; he has also implemented his own team-building strategies to shape and develop the culture of the IT department. To McCall, people are just as important as computer programs.

A crucial part of developing the department’s culture was implementing seven core values, a move which gave the team a common language. These values included communication, commitment, and accountability—all things that McCall believes to be important to a well-oiled machine.

Building on the base values of trust and responsibility, McCall knew that instilling a sense of ownership in his team was key to making it function properly. To this end, he stresses the importance of being proactive and holds biweekly one-on-one meetings with each of his direct reports. “I try not to let it be a status update meeting,” he explains, instead using the time to mentor employees on an ongoing basis.

Coaching and developing leaders is a crucial component of McCall’s job. At Extra Space Storage, leadership is encouraged through company-wide talent development programs, and McCall is committed to promoting members of his team and helping them grow.

To further encourage his team to take ownership of their careers, McCall gives team members the ability to take unlimited online training classes. He believes that continuing education is vital to success in his field, and he sees the drive to improve as a valuable quality. “If I can tell that someone is hungry to learn, that is the most important thing,” he says. “In today’s world, there are so many different technologies. When I came out of school, I just needed to know COBOL.”

Looking to the future, McCall says to expect true digital innovation from his team. But replacing the systems and building a team that truly speaks the same language took time. “It took us an entire year to fully work through this and for everybody to understand the values pyramid here,” McCall says. But to him, it’s worth it. “The most valuable thing about this is that they have a common vocabulary.” Now, McCall and his orchestra can focus on hitting the right notes.

While Bron McCall admits that his background in computer programming is integral to understanding the technical aspects of his job, he credits another skill with the extent of his success: communication.

Without the ability to communicate with executives, McCall believes, he would never have been able to ascend to the C-suite. “You need to be able to talk to your peers in the executive boardroom in their language,” he says. “You can’t go in there talking technology.”

McCall expects his teams to be fluent in the language of business, emphasizing that they should be able to look at financials and understand them. This jack-of-all-trades attitude helps McCall to have a well-rounded understanding of the company he works for.