The Value Of IT

IT departments are usually thought to be more reactive than proactive, but David DiLeo is working to change that perception at Industrial Scientific.

Industrial Scientific provides gas detection devices and services across a variety of business sectors. “For example, workers at refineries, working in confined spaces, will be outfitted with portable handheld gas detection devices,” says DiLeo, Industrial Scientific’s CIO. “The device collects readings from the environment, and that information gets saved on the device. The information is then uploaded to our data center where we take all that data and analyze and measure things like the health of the sensors and alarm activity, to ensure that the device is working optimally.”

“Today, [IT team members] spend most of their time collaborating with their business counterparts to identify solutions to business problems.”

But DiLeo’s team does much more than just analyze incoming data, and DiLeo has played a key role in altering the function of his team. “Two years ago our group was 80 percent tactical and 20 percent strategic,” said DiLeo. “The team was working really hard, but as far as moving the needle forward and helping the company see value in IT, that just wasn’t happening.”

Fortunately, DiLeo wasn’t the only one to realize the IT department wasn’t being used to its full potential. Senior management recognized this and worked with DiLeo to turn things around. It’s a good thing other people in the company recognized the need to revamp IT, because the kind of change and restructuring that was required was much more than a one-man job. It was the kind of thing that required engagement from the entire company.

“One of the first things we did was to realign our team members as relationship managers to the business,” DiLeo says. “We now have a manufacturing lead, a depot repair lead, a customer operations lead, a finance lead, and several other leads who had been chasing help desk tickets two years ago. Today, they spend most of their time collaborating with their business counterparts to identify solutions to business problems.” 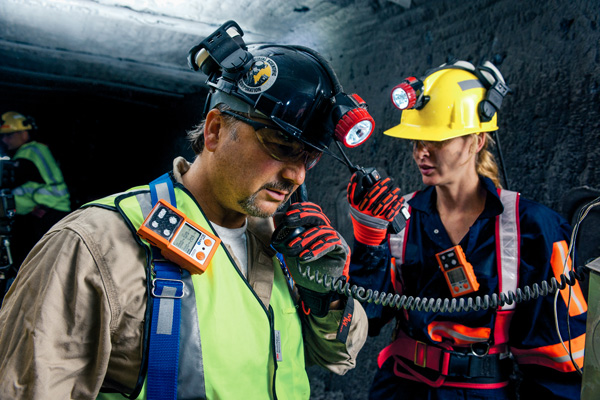 Industrial Scientific makes devices that help workers determine safe levels of gas in their environments; it’s crucial that the devices are correctly calibrated and that the technology functions smoothly in order to maintain safe working conditions. David DiLeo and his team help the company make IT a priority in order to better serve their customers and keep them safe.

Still, as with so many things in life, transforming the IT team’s function was easier said than done. While it’s great to include the IT team when making business decisions, someone still needs to answer those help tickets. Industrial Scientific solved this problem by outsourcing the management and support of their ERP help desk to a third party. Now the vendors take care of the little things, and the IT team members oversee it and spend the majority of their time working with the business.

“We’re a service organization,” DiLeo says. “The best thing we can do in IT is help our business partners solve their problems. If we do that, the company is succeeding as a whole, so having that effective IT and business-engagement model in place was more important than anything. Having the right people having the right conversations at the right time can solve a lot of challenges for the business.”

This restructuring has transformed the IT department into one that’s 80 percent strategic and 20 percent tactical, a total reversal from when DiLeo came onboard. “We have a seat at the table at their strategy sessions,” DiLeo says. “IT is consulting, and listening, and really being that partner to the business, and it’s just paid huge dividends.”

One important result of this has been that the IT department now gets to weigh in on updates to things like their ERP system. Since IT professionals are most familiar with ERP systems—what works and what doesn’t—it only makes sense to include them in this conversation. With the IT team guiding decisions around whether or not to move forward with certain enhancements, they were able to make sure they were working on the right things, instead of wasting time on things that delivered less value.

“Formalizing the governance around how we enhance our ERP system immediately had a major impact on the value we delivered,” DiLeo says. “The perception of the system changed, and our user community and stakeholders started to see the system as it should be seen, as a strategic tool.”

As CIO, it is DiLeo’s job to keep his team motivated, but he said nothing is more motivating than doing work that actively saves lives.

“When you consider that our devices and services are focused on saving lives and keeping workers from harm, that’s a real catalyst in inspiring all of us,” DiLeo says. “Everyone comes to work knowing that what we do really matters.”