Growing up in the early ‘80s in Appleton, Wisconsin, Steve Hyde was an immediate early adopter of technology. His father sold computer systems, meaning that new massive IBM computers would wind up in the family home. Though he may not have been immediately interested in a career in technology—“The first thing I thought about was what kind of games I could play on the thing,” he recalls—the Wisconsin native quickly moved on to coding, development, and more.

That growing interest led to a job in the computer lab in college, which in turn quickly snowballed into a diverse education and a long career. Hyde has received certifications in cybersecurity and data science from the Massachusetts Institute of Technology and a leadership certificate from Cornell, and has held technology leadership roles at organizations such as Manpower and Deloitte Consulting. On the back of all of that development, he has risen to the role of CIO and director of IT services for Schenck SC, an assurance, tax, and advisory firm based in his home state.

Despite Hyde’s vast, impressive career, his passion for learning and finding solutions has driven him every step of the way. Hyde spoke with Sync about the principles behind his career, the importance of communication skills for technologists, and his strategy for recruiting and developing top talent at Schenck. 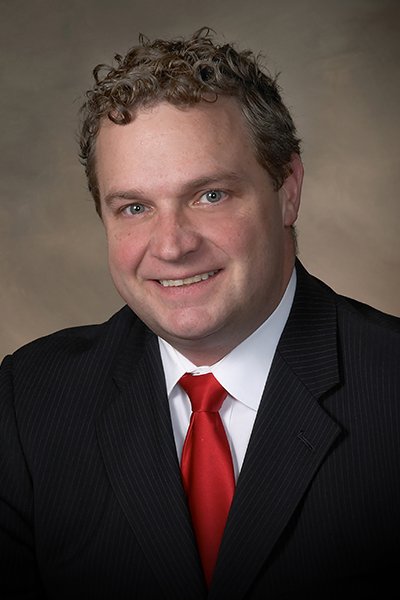 What is your earliest memory of your father’s computer sales career?

Hyde: My dad told me this story about selling to a local doctor’s office. He went into the office and said, “Let’s have a race. I’ll type up this letter on a computer, and you type it up on a typewriter.” Ten times out of ten they beat him. But then he’d say, “Okay, now let’s change the address.”

Of course, he would be able to do it in a few seconds, whereas they would have to type up an entire new letter. I really saw the impact of how computers helped people have more control and that they could use them to do some fantastic things.

How long did it take from that point before you started working in the field yourself?

Hyde: During my undergrad time at St. Norbert College in De Pere, Wisconsin, I was assigned a job in the computer labs. I was helping people with term papers and résumés, and still seeing that same type of fear: “I’ve just worked on this thing for the last ten hours, but I think I saved it incorrectly!” And of course after a few key strokes: “You saved my life!”

I knew technology was going to be a part of my job, whatever it was that I did. I didn’t think I would be a software or hardware guy, but rather a businessperson who understood technology and how it could help people do their jobs. I wanted to help people get over that fear.

What drew you to Schenck?

Hyde: At Deloitte, I was able to travel and work with some extremely large systems and extremely large clients. I became a CIO at Alta Resources, but within six months, we’d gone from solving problems to things running fairly smoothly, and I craved a new challenge and change. The head of audit for Schenck had lived on my floor during my freshman year of college. When he called me up and described the opportunity to get in there and put a foundation in place for future growth, I was interested.

Once I got in there and began enhancing strategic processes, they wanted me to be talking to all of their clients to help them with their own technology needs as well. It’s been a great learning experience to go out to all these companies and see how they do things.

Between that opportunity and all of the degrees and certificates on your résumé, it would seem that learning is essential to you as a person.

For so many technology leaders, communicating impact and getting buy-in from the rest of the organization is a major challenge. That mantra must help with that challenge.

Definitely. Even when I’ve had to shut down requests for projects, I make sure to have that conversation with people to find other solutions. Maybe they aren’t asking the right questions or looking for the right answers. Are we just fixing a symptom or are we curing the disease?

Executives also need to blend responsiveness with being proactive. How do you strike that balance?

Hyde: I could put all my resources on security projects. That might make us secure, but we’re going to have systems failing left and right. That’s where networking with other accounting firms, talking to clients, and reading whatever possible is useful. I make sure to balance our work with education to look to what this industry will look like in the future.

Blockchain , for example, will really revolutionize the way transactions happen. And when it comes to an accounting firm, artificial intelligence can really revolutionize how we look at that transaction for fraud. I need to continually learn and make some educated guesses on how this is going to change within different industries and how that affects our clients.

Ever since I became a manager, I’ve been big on continuing education and creating a skills matrix. Do you want to go into networking, hardware, software, development, or project management? Knowing what helps drive individuals can also help drive their education and their long-term plan.

Does that impact the way you recruit and retain talent?

Hyde: Our biggest issue is trying to find IT consultants, especially those with an auditing background. We’ve been lucky that our turnover has been extremely low, but part of that luck comes from the culture we’ve built, the benefits we provide, and the team itself. We make each other better.

I look at what drives people. What are their dreams, and how can I help facilitate that, educating them on the problems we face and the issues we choose to work on? Technology isn’t always going to work—knock on wood. So, reminding people that we’re not a hospital, that no one’s going to die if we have an outage, but still having that sense of urgency has served us very well.

Speaking of challenges—and I’m knocking on wood over here, too—is there any major project or challenge coming up that you’re strategizing for?

We’ve spent the last three years implementing a new HR system, a new website, new intranet, upgrades to our time and billing system, and a lot of work on reporting and business intelligence. So, we will have a push to get more out of what we have and also look at new technology out there that can make us more efficient. On the client side, we’re always looking at potential new ways we can help them succeed; we’ve developed a business analytics partnership with business intelligence organization Yellowfin, as one example. Right now we’re looking at communication tools and tracking tools for accountants who are out in the field. We have a lot of focus on security and automation. The analytics realm is going to be a big differentiator as well, as we continue to look for areas of fraud.

That certainly ties back to the idea of constantly learning and trying to do the impossible.

Definitely. The industry is going to see a massive change in the next five years—and if I know what’s coming, we can help prepare everyone for it.