Joan Knight finds herself tasked with a very difficult job: finding ways to drive innovation in the nuclear energy industry.

“Innovation can seem quite counter to our highly structured nuclear operations,” she says.

Nonetheless, Knight is Chicago-based energy company Exelon Generation’s first innovation director, a position she has held since 2014. Knight has been with the company for more than twenty-five years and served in a diverse number of leadership roles in the fields of engineering, chemistry, and nuclear oversight. It was not, however, only her experience that prepared her to take on this challenge; her leadership style and approach to her work also proved essential.

“I’ve always been one to implement something new, rewrite something, do it over again, and take on the challenge. I made a name for myself throughout my career implementing new things,” Knight explains. “I’ve always approached leadership in my departments with a fresh perspective. I think that resonated with the senior executives.” 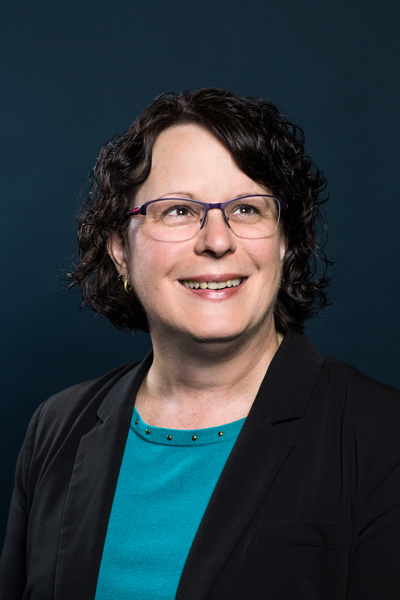 In this newly created role, Knight first took the amorphous concept of innovation and began building a structure around it. To complement that, she also began to refine a culture of innovation. Knight had to ask herself some difficult questions and move forward carefully.

“What does innovation look like?” she says. “How do we create the structure and atmosphere where it’s OK to try new things and fail? Where do we start? How do we begin to create the culture?”

Transparency was key in moving forward. It was important to Knight that her division’s more than ten thousand employees knew what she and her team were doing, as well as what was expected of them. She also began recruiting what she calls “innovation ambassadors,” whom she describes as being the voice, arms, legs, and hands of innovation across Exelon’s nuclear plants and corporate departments.

One of Knight’s first projects as innovation director was rolling out Innovation Central, an employee pipeline where anyone at Exelon can submit their ideas for innovation. “You’ve got people in each part of the organization trying things,” she explains. “They may be similar, but they don’t know about each other. They don’t know about the parallel efforts. We knew we needed a central place for folks to enter their ideas, collaborate on them, comment on them, and review them.”

Previously, these ideas resided in spreadsheets on intranet sites. To utilize Innovation Central, however, Knight and her team needed an online platform where employees could conduct a freeform search of ideas culled from multiple operating companies to see if anyone is working towards a similar solution.

Innovation Central has proven successful. One employee, for example, came up with an idea to utilize a relatively simple yet novel way to recycle water during plant refueling outages, that, according to Knight, has saved the company more than one million dollars in water-processing costs to date. Another idea in the pipeline helped nuclear save roughly one million dollars per year in fuel costs.

Of course, it’s not as simple as plugging in an idea and seeing it to fruition. One of Knight’s duties is to help people develop their ideas and secure funding for piloting and trials. “We have to understand what you want to use it for and why,” she says. “One of my roles is to help people through that process—to break it down so they’re asking for the least amount of money to try the simplest thing to give us the most amount of information.”

The pipeline is also partly responsible for the Digital Plant Viewer, another key piece of innovation Knight has seen to implementation. The result of combining two different employees’ ideas, the technology is essentially an interactive floor map with live video feeds, instrument readouts, 360-degree camera views, and radiological information for workers.

“We continue to look at things we can add so that the worker can see and learn everything about the area without ever going to the area,” Knight says. “What that does for us is greatly reduce the amount of people and time that are needed to get ready to go to work. The worker can prepare for an entire task much more effectively in a much quicker time.”

The Digital Plant Viewer took a little more than a year to go from submission to the beginnings of its implementation. Knight theorizes that, once integrated everywhere, it could save Exelon millions each year.

Leading Exelon Into the Future

As Knight continues to lead Exelon into the future, one of the primary items on her agenda concerns the company’s partnership with GE. Together, the organizations are using GE’s Predix industrial Internet platform to optimize equipment performance and overall maintenance costs via APM (Asset Performance Management) software, as well as developing an organizational performance predictor and a means of improving Exelon’s strategy in outage planning and execution. Another ecosystem partner that Knight’s ambassador in the nuclear fuels area works with regularly, MuSigma, helps develop ideas that apply advanced analytics to improve nuclear core designs and further reduce fuel costs.

In broader terms, however, Knight is interested in how to turn Exelon’s innovation efforts into something self-sustaining. In an ideal world, Exelon would have a never-ending pipeline of ideas. “People should continually have ideas to make us better and more efficient,” she says. “How do we draw more of the organization into this?”

While many innovative ideas are born from a single mind, it takes an army to actually kick-start true innovation. And at Exelon Generation, Knight leads that army.